Since he donated blood for the first time as a teenager, 60-year-old Allen Veale wagers he’s never missed an appointment at Canadian Blood Services.

Today that commitment brought Allen to a major milestone — his 1,000th plasma donation. Allen made 39 donations of whole blood before he switched to plasma, which donors can give as often as once a week. Even at that rate, it takes more than 19 years to donate 1000 times, and military deployments forced Allen to take some breaks in young adulthood.

On home turf, he’s pulled out all the stops to make those appointments.

“There’s been times here on P.E.I. that we’re in the middle of a snowstorm, and I’ve got an appointment that I’ve committed to, so I go and shovel out my vehicle,” says Allen. “It’s just something I have to do.

“My feeling was if I couldn’t get in for my appointment, I was letting Canadian Blood Services down and I was letting somebody in need down.” 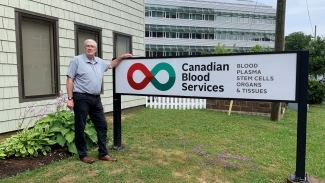 Allen Veale made 39 donations of whole blood before he switched to plasma, which donors can give as often as once a week.

Plasma is the straw-coloured, protein-rich liquid in blood that helps other blood components circulate throughout the body. Some of the plasma collected by Canadian Blood Services is used for transfusions, while much of it goes to manufacturers to make specialized medications for which demand is rapidly increasing in Canada.

Plasma helps patients with immune deficiencies, bleeding disorders, cancers, kidney and liver diseases and much more. It can also help newborns with Rh disease, a condition where antibodies in a pregnant woman's blood destroy her baby's blood cells.

Have you recovered from COVID-19? Consider donating plasma for clinical trials

Allen has actively promoted blood donation of all kinds as a volunteer for Canadian Blood Services. During a long career in security services at the University of P.E.I., some of his recruitment efforts were on campus, such as one memorable event where a young woman approached him after his talk.

“When she shook my hand and thanked me, she told me that she had been quite ill in her younger life, and that blood donors had saved her life,” says Allen. “It was very special. It just spurred me on and made me want to do more.”

For Allen, it’s that opportunity to “do more” that makes plasma donation so appealing. Frequent donations don’t feel like a burden.

“I think it gives me a feeling that I am able to contribute to those in need more often,” Allen says.

More frequent visits also mean more opportunities to make friends. A thousand appointments have given him more than a thousand hours to socialize with staff over many years.

He’s also made friends with other donors.

Afterward, he usually enjoys a treat at home.

“I have a thing for meatloaf, and on donor day, my wife makes me a meatloaf,” Allen says. “So there’s my reward.”

For this 1000th plasma donation, Allen says they’ll likely celebrate with dinner out sometime soon instead, as the pandemic permits. Then it’s back to putting one foot in front of the other on the march to the next milestone.

Becoming a plasma donor can make a lifesaving difference to patients across Canada who depend on plasma transfusions or medicines made from donated plasma. To book, visit blood.ca/donate, download the GiveBlood app or call 1 888 2 DONATE. 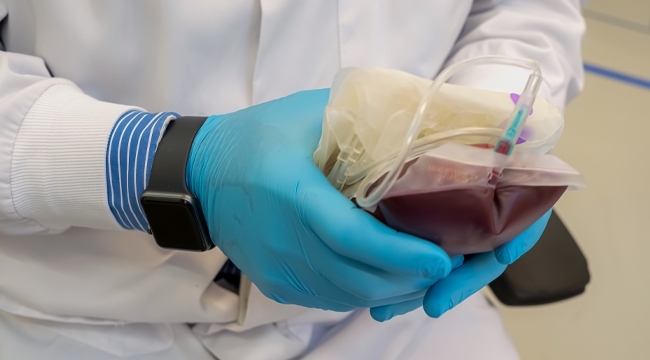 There’s more to blood type than A, B, AB and O 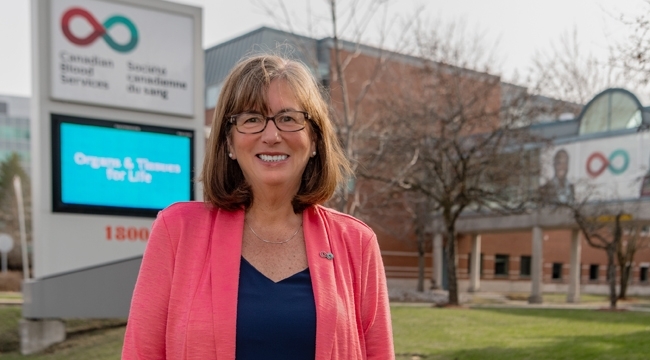 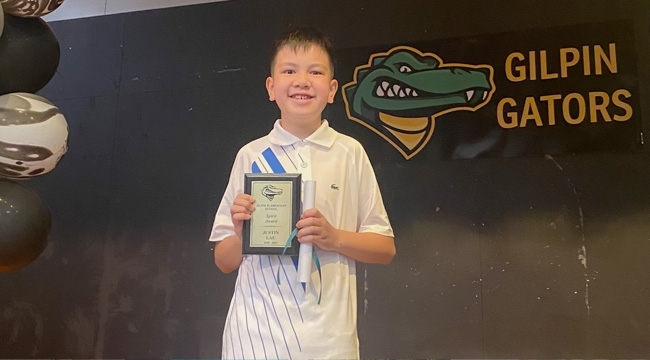