Salim Amlani was born in Mombasa, Kenya, in 1971 and became very ill with chickenpox as he was coming up to his first birthday.

When tests revealed low hemoglobin levels, doctors initially thought it might be leukemia. But, after further investigation, Salim’s parents were advised that he had thalassemia major, a rare blood disorder that causes the body to produce few to no useful red blood cells. On his first birthday, June 18, 1972, Salim received his first blood transfusion, thus beginning a lifetime reliance on blood products.

“When I was a baby, I needed one unit every six weeks,” says Salim. “That gradually increased as my body’s needs changed. Now I get two units every two weeks.”

Salim was only three years old when he, along with his parents, older brother and extended family, moved to Canada. They had to leave because East African dictator Idi Amin had expelled Asians who were living in Uganda, Tanzania and Kenya.

“Most of the Ismailis left, and many came to Canada,” says Salim,” because our spiritual leader, His Highness the Aga Khan, worked with Prime Minister Pierre Trudeau to grant us access to Canada.”

As a result, two of Salim’s paternal aunts moved to Vancouver, B.C., while his family settled in Calgary with the remaining aunt. Other family members settled in Toronto, and some remained in East Africa.

Growing up with a rare blood disorder

Soon after Salim’s diagnosis, tests revealed that his parents and brother were carriers of the disorder. This condition is known as thalassemia minor. People affected in this way have anemia, but they don’t require regular blood transfusions.

“When both parents have thalassemia minor, they are classified as carriers, and their children have a one in four chance of being born with thalassemia major,” says Salim. “So, I guess I won that lottery.”

Growing up in Calgary, treatment for his condition became part of Salim’s regular routine.

My parents always taught me to make the best of the situation,” shared Salim. “They reminded me that there are worse conditions that people have to live with, so we need to be accepting and thankful. My family is fairly religious, and I have always had that as a support.”

“I was taught to have faith that everything was happening for a higher purpose.”

The Shia Ismaili Muslims are a community of ethnically and culturally diverse people living in more than 25 countries around the world.

Over the last 45 years, the community in Canada has sought to contribute to Canadian society by its involvement in many spheres of public life and through regional programs that demonstrate the values of volunteerism, compassion, self-reliance and intellectual engagement.

Salim is proud to be a member of this community. It includes a voluntary organization called the Ismaili Volunteer Corps, where Salim has held many leadership roles including national director of volunteer operations. The corps introduces children to volunteer service at Jamatkhanas or prayer halls through junior team leaders.

“We get kids as young as five years old engaged in service, emptying garbage cans, handing out water, cleaning up, things like that,” says Salim. 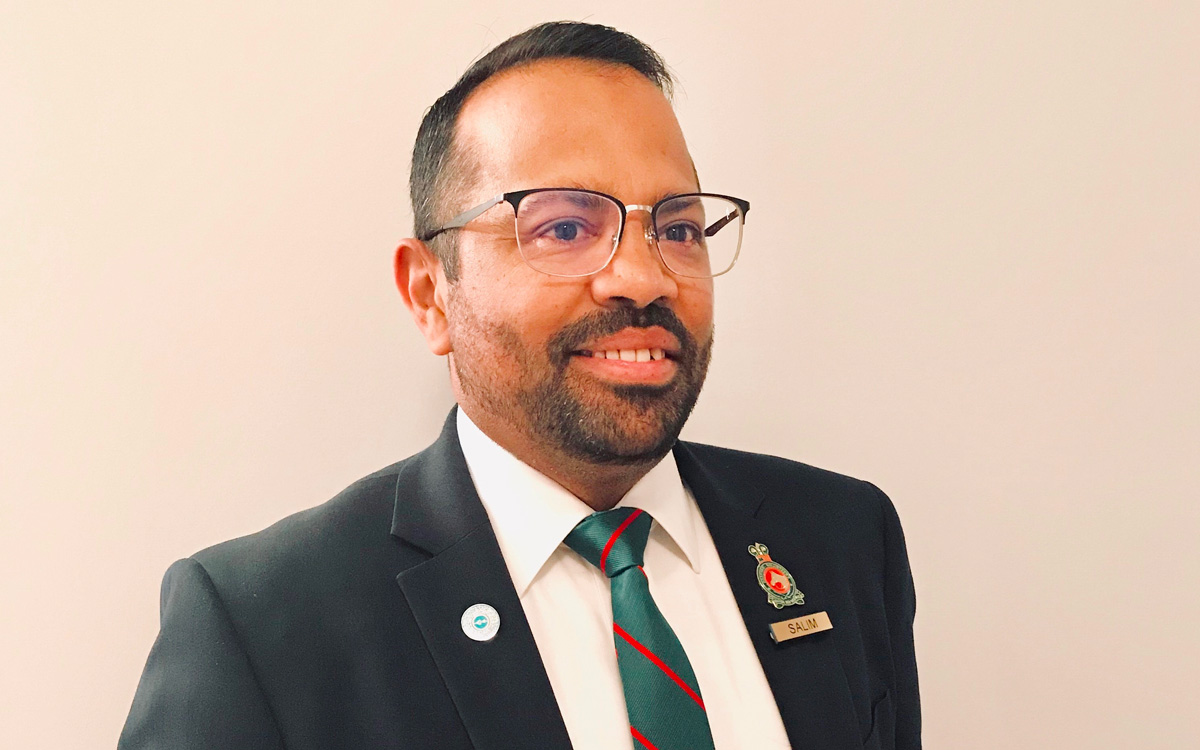 Salim Amlani, seen here in his Ismaili Volunteer Corps uniform, is active in the Canadian Ismaili Muslim community. He helped plan events for a visit to Canada by His Highness the Aga Khan and describes meeting his spiritual leader as “humbling.”

Salim and his wife, Rabia, now live in Calgary, where Salim works in IT for the City of Calgary and Rabia teaches Grade 1 at a public school in the city. The couple met in 1999 and married on June 18, 2005, Salim’s birthday and the anniversary of his first blood transfusion.

Few people outside his family knew about Salim’s condition until he was approached to share his story as part of last year’s Ismaili CIVIC Blood Drive.

“Most of my life, I was very private about having thalassemia. Only my immediate family and very close friends knew about it, “says Salim.

“Organizers of the blood drive were looking for blood donors and recipients to help with marketing the campaign, and one of my friends and my cousin Munira asked me if I would consider being featured as a recipient.”

“I reluctantly agreed, thinking that it was for the greater good and could increase awareness of the need for blood and attract new donors.”

So, in June 2020, Salim shared his story for the first time on Instagram and Facebook, as part of the Ismaili CIVIC Blood Drive.

The response was immediate.

“Because of my volunteer work, a lot of people know me within the community,” recalls Salim. “Many people reached out to tell me that they were going to donate blood for me and even shared pictures of themselves donating,”

“It was so very heart-warming to know that my story inspired others to donate to Canadians in need, because they realized that they personally knew someone who needs blood.” 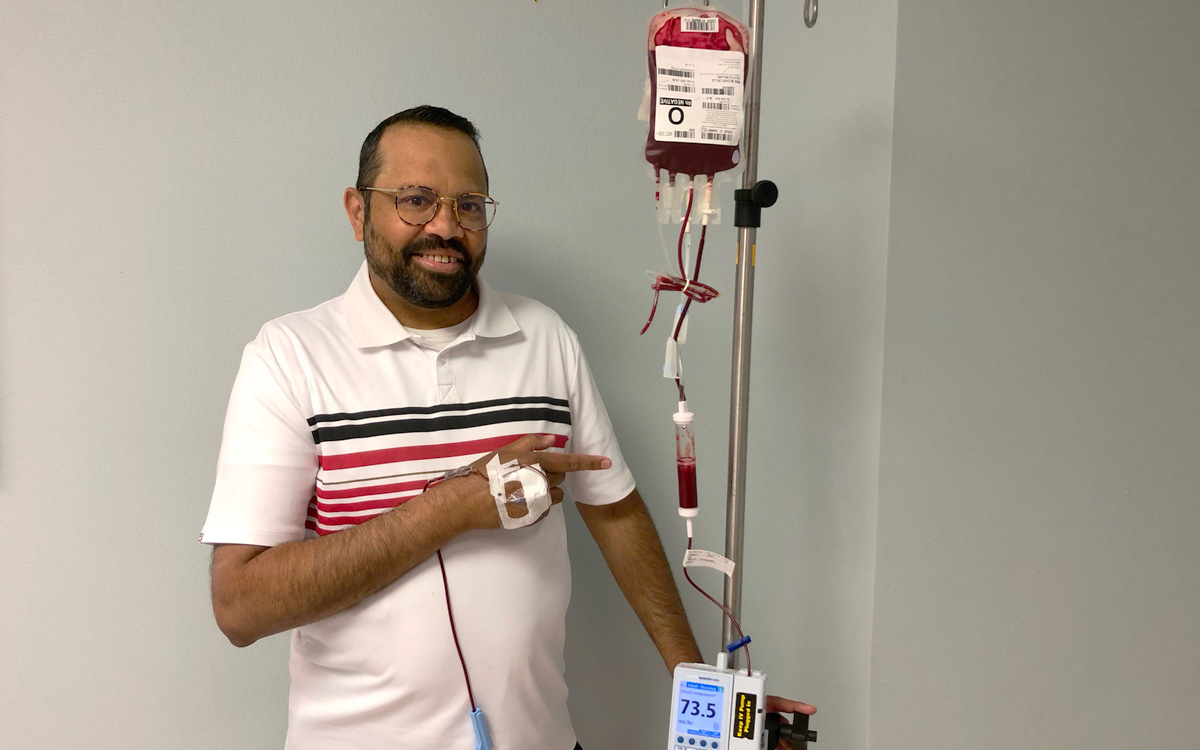 Salim received a blood transfusion at Foothills Medical Centre in Calgary on Jun. 11, 2021.

Salim continues to receive blood regularly and is always mindful of the generosity of blood donors.

“I am extremely grateful to all of the generous blood donors for providing me with this precious gift. I would not be here today without them. I owe them everything and encourage others who are able to please come forward and donate,” he says.

“I’m able to live a completely normal life only because of their selfless compassion.”

Over the years, the Canadian Ismaili Muslim community has been part of Canada’s Lifeline, supporting Canadian Blood Services Stem Cell Registry as well as blood donation through the Partners for Life Program.

In 2020, they organized their first national blood drive linked to National Blood Donor Week. With that event and others the same year, they helped to collect more than 260 donations to assist patients in need.

The Canadian Ismaili Muslim community has come together again in 2021 to support patients. This year’s Ismaili CIVIC Blood Drive in June includes a major event on June 19 unfolding in 10 cities from Vancouver, B.C., to Kingston, Ont. The event encourages community members to donate blood, and many are expected to do so for the first time.

“I am happy to be able to speak to different communities about what it's like to be a recipient and inspire more people to donate,” says Salim. “I hope to attend the Calgary event to show my support and thank the donors there.”

Salim completed his most recent volunteer position last December and, as his 50th birthday approaches, he’s looking forward to spending more time with his family. 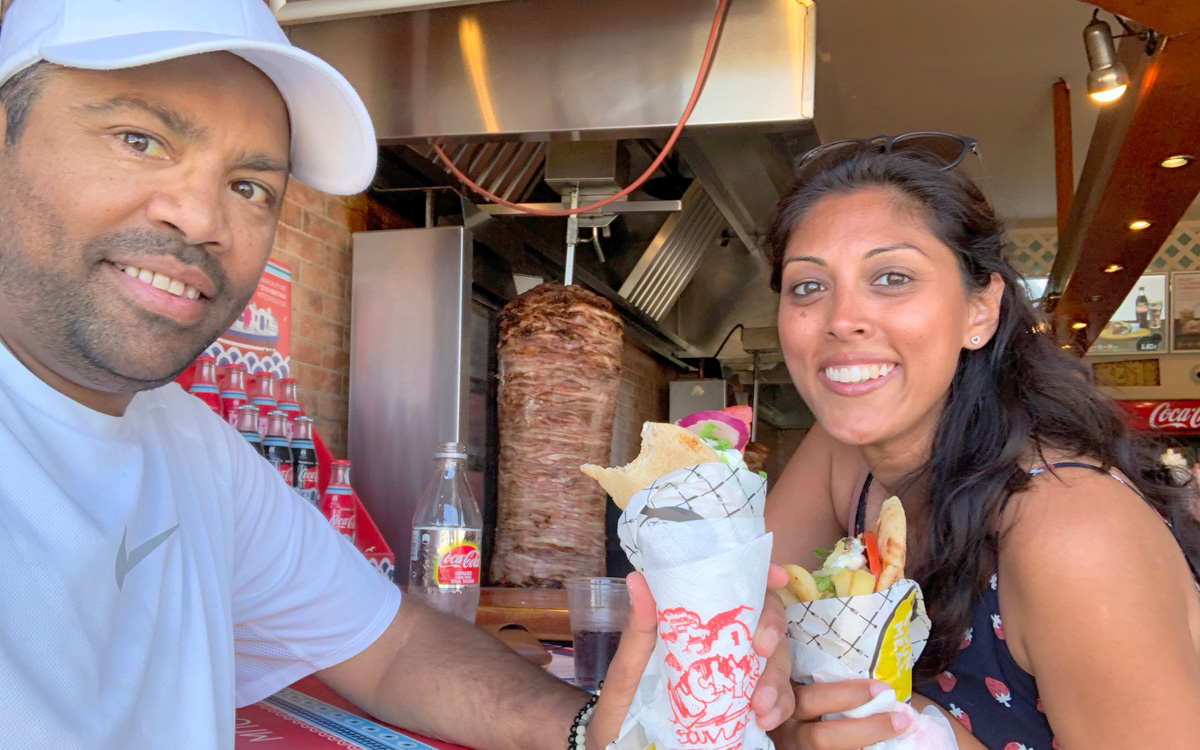 Salim and Rabia Amlani stop for a bite to eat during a trip to Greece in 2018.

“We are really hoping that things will open up and allow for international travel so we can take our trip to Italy that we had planned for last summer,” shares Salim. “In the meantime, we will enjoy the beautiful city and province where we live by going to the mountains for short hikes as often as we can and of course eating lots of ice cream.”

This National Blood Donor Week we celebrate the vital role of all donors who help us support patients. From the bottom of our hearts, we thank you for your many contributions. We hope you will continue to support Canada’s Lifeline and spread the word about all ways to donate. Organizations that partner with Canadian Blood Services provide incredible support for patients in a range of ways, from blood donation events to fundraisers. Learn more about becoming a Partner for Life. 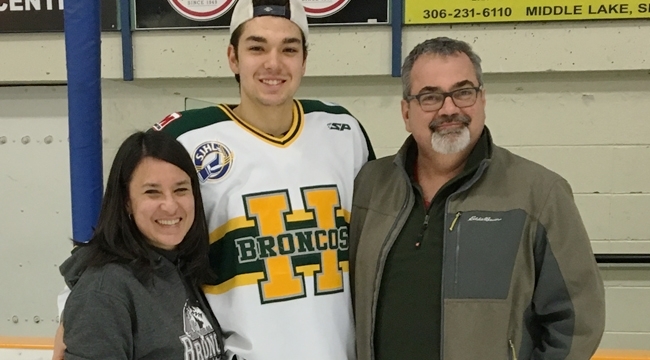 The Humboldt Broncos player registered to be an organ donor, which saved lives and inspired many others 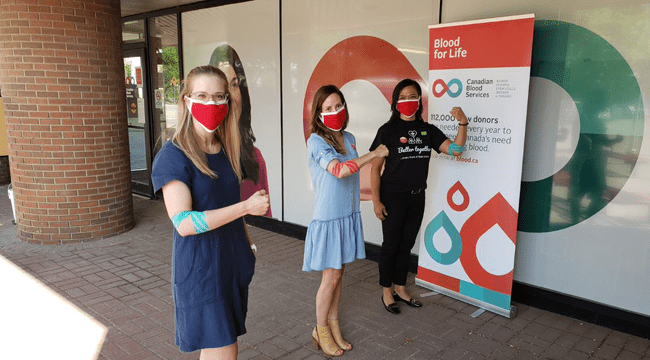 More than 20 staff at the Edmonton hospital, many of them first-time donors, came together to help patients during the pandemic 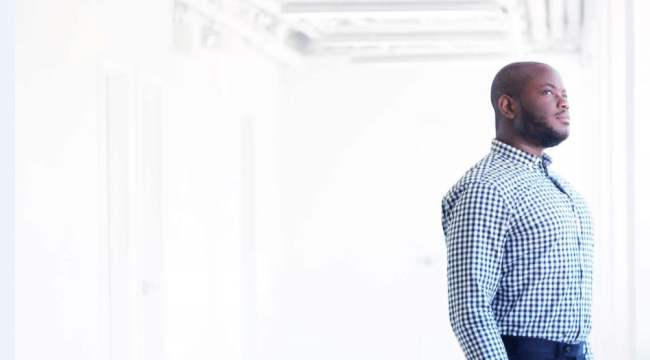