Every June, we celebrate National Indigenous History Month by honouring the heritage, contributions and cultures of First Nations, Inuit and Métis peoples in Canada. However, this year’s celebration is different as our country grieves the horrific discovery of the remains of 215 Indigenous children in Kamloops, B.C.

We know Indigenous communities have faced systemic racism and discrimination for generations. And so this year, as we observe National Indigenous History Month, we are also learning about the histories and lived realities of Indigenous people, including the devastating impact of residential schools.

To contribute to that learning, as well as to mark National Indigenous Peoples Day on June 21, we asked three women connected to Canada’s Lifeline to share their thoughts on their own Indigenous backgrounds, and how their backgrounds shape their lives and work. 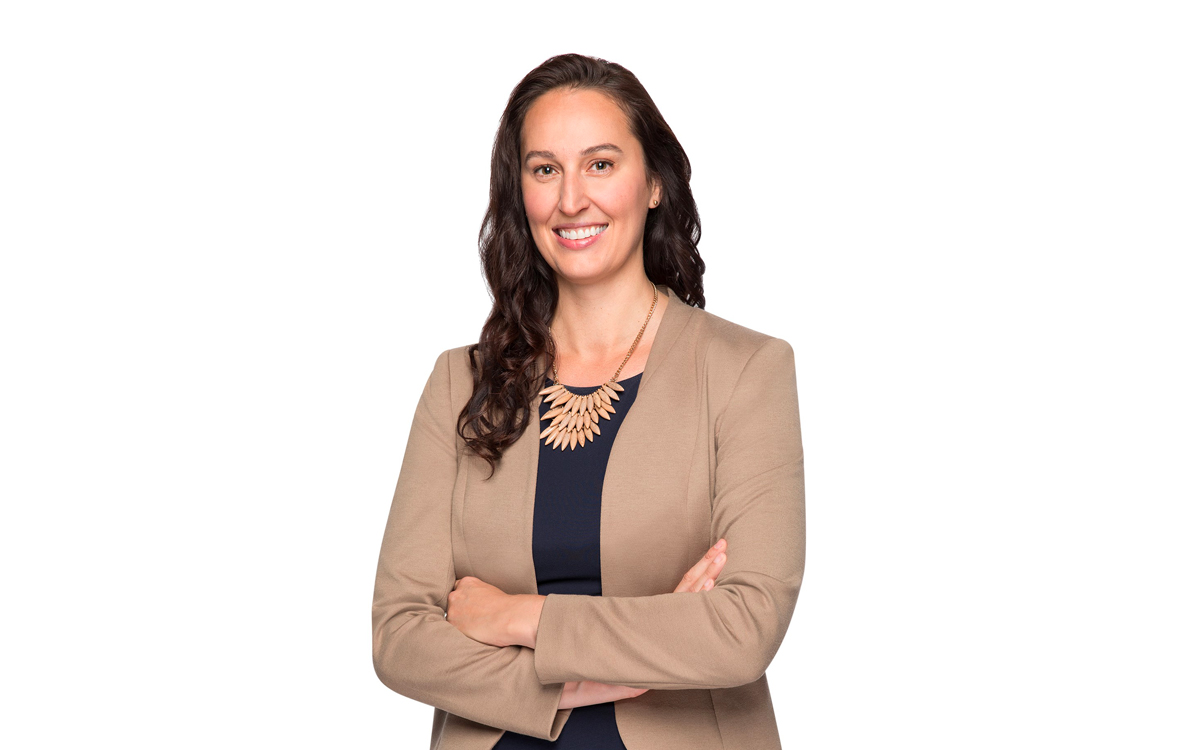 For close to four years, Dr. Chantale Pambrun has been leading Canadian Blood Services advancement in transfusion and transplantation medicine as the director of its Centre for Innovation. Dr. Pambrun is Métis, and she is actively involved in the organization’s outreach to Indigenous communities.

‘My origins shape me’

As director of Canadian Blood Services’ Centre for Innovation, Dr. Chantale Pambrun helps the organization advance transfusion and transplantation medicine for the benefit of donors and patients. She’s been in that role for nearly four years and is now supporting the organization’s diversity, equity and inclusion outreach to Indigenous communities.

“As an employee, I’m proud to be part of an organization that’s making strides to acknowledge and engage with Indigenous peoples,” says Dr. Pambrun. “Recently, I participated in a cultural awareness session as part of Canadian Blood Services’ journey of building relationships with Indigenous peoples. This is not only the right thing to do as a pan-Canadian organization, but it’s critical to meeting the needs of the diverse patients who rely on our products and services.”

As a Métis mother of two pre-teens, Dr. Pambrun found it difficult to discuss the pain endured by her Indigenous ancestors at the hands of their European ancestors. “There are no words to describe the perplexed expression on my children’s faces when they tried to process the harm done to those 215 children, which has yet to be adequately addressed by those who inflicted it,” she says.

Acknowledging that “my origins shape me,” Dr. Pambrun says that her Indigenous roots have indeed shaped her perspectives. “Celebrating Indigenous peoples this month brings attention to our origins,” she adds. And she sees this moment as a time “for both my own reflection, and for our nation to acknowledge the continued need for action to atone for the past and to change our collective behaviours.” 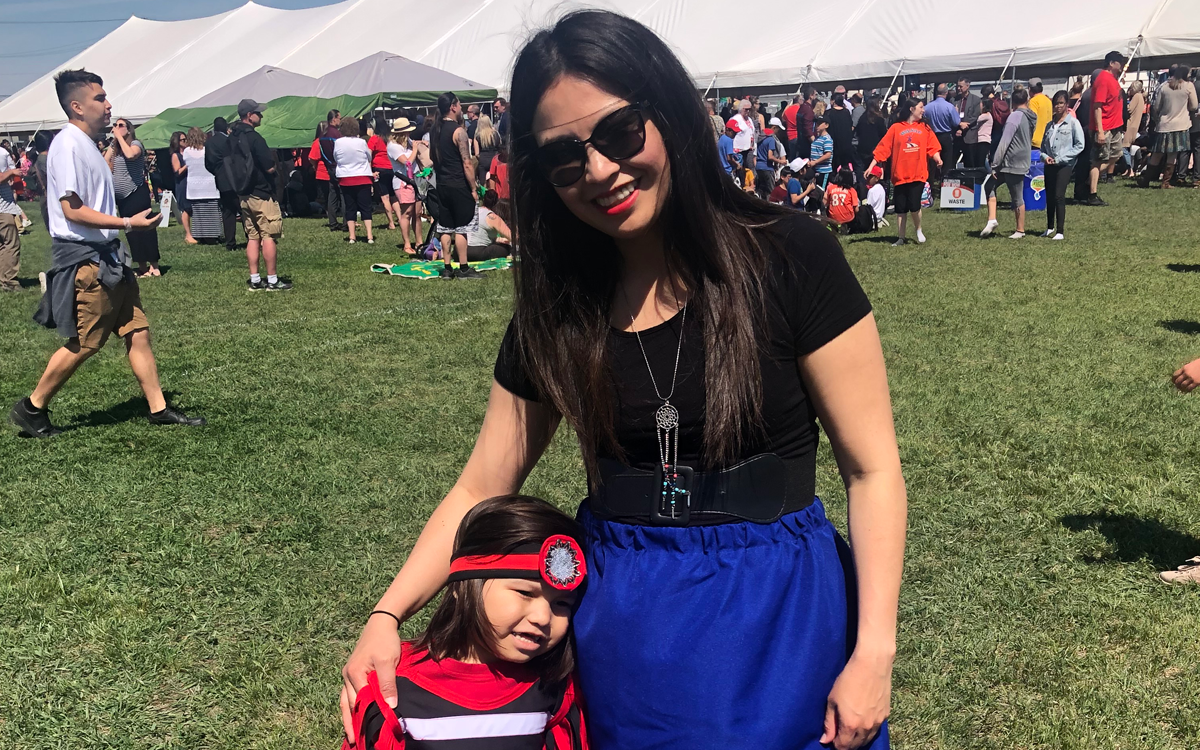 7-year-old Tanner McLeod (left) was diagnosed with sideroblastic anemia when he was six months old. A stem cell transplant was his only hope for a cure. As a member of Pimicikamak Cree Nation, Tanner was more likely to find a stem cell match in an Indigenous donor. His mom, Miranda McLeod (right) founded a grassroots organization called Natamakewin to recruit potential donors from Indigenous communities.

‘We show support for one another’

At just six months old, Tanner McLeod was diagnosed with sideroblastic anemia — a condition that left him unable to produce healthy red blood cells. To survive, Tanner needed regular blood transfusions to maintain normal levels of hemoglobin. A stem cell transplant was his only hope for a cure.

“It wasn’t until we found out that no one in our immediate family was a perfect match that I realized Tanner needed a volunteer donor,” says Miranda McLeod, Tanner’s mom. “Soon after, we were devastated to learn there wasn’t a match for Tanner in the worldwide database of stem cell donors.”

As a member of Pimicikamak Cree Nation, Tanner was more likely to find a stem cell match in an Indigenous donor. That’s because the best stem cell transplant outcomes happen when a patient's human leukocyte antigen (HLA) and the HLA of a donor are a close genetic match. However, Indigenous people make up less than two per cent of all prospective donors on Canadian Blood Services Stem Cell Registry. Like Asian, Hispanic, mixed-race and Black people in Canada, they find it especially challenging to find a match, because only 33 per cent of prospective donors on the registry are from these five diverse groups.

Knowing that Indigenous patients have a slim chance of finding a match, Miranda founded a grassroots organization called Natamakewin to recruit potential donors from Indigenous communities. In Cree, Natamakewin means to rescue, to save, or to help someone.

Since Natamakewin launched, she’s leveraged the celebration of National Indigenous Peoples Day to grow the number of Indigenous registrants on the registry. “Whenever a person or community needs help, the Indigenous community comes together to show love and support those in need,” says Miranda. “We are resilient people who continue to thrive, remain strong, and show support for one another.” 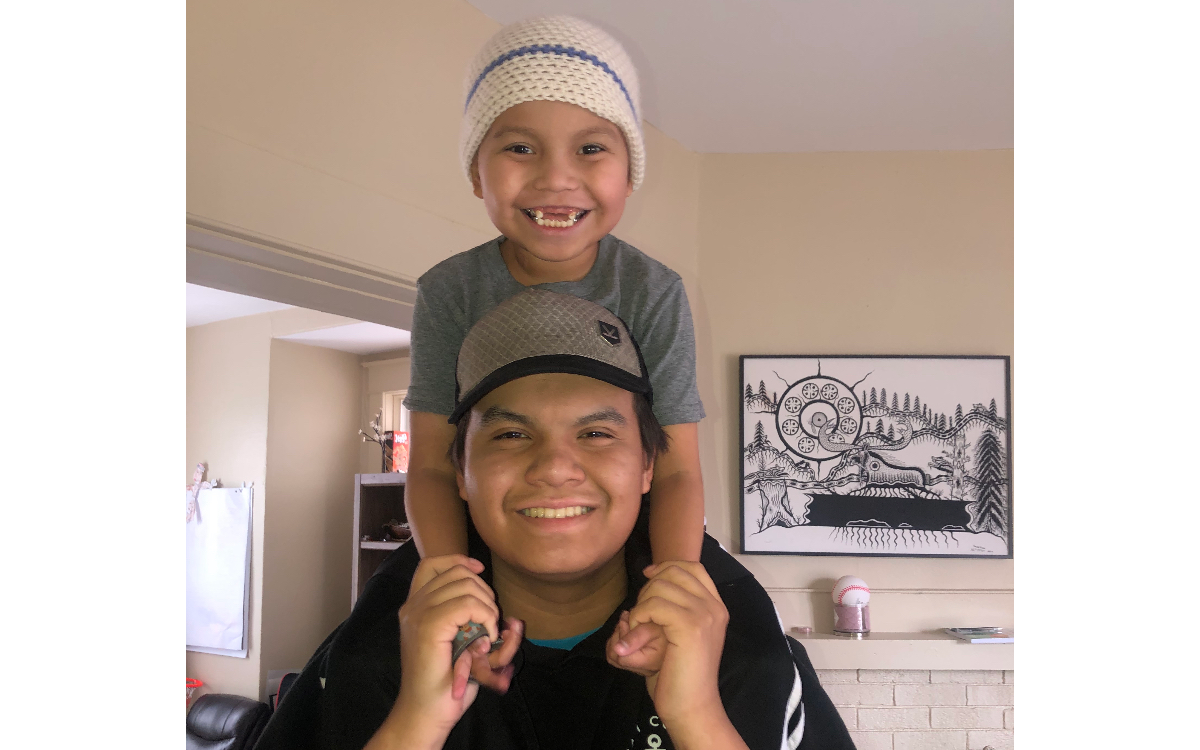 17-year-old Teemu Muswagon recently donated stem cells for his younger brother, Tanner McLeod, who is seven. Tanner was diagnosed with sideroblastic anemia and his only hope for a cure was a stem cell transplant. Before his transplant last March, Tanner depended on regular blood transfusions to maintain normal hemoglobin levels.

A few months after Tanner turned seven, his older brother Teemu Muswagon, 17, donated stem cells to him. Even though he wasn’t a perfect match, Tanner’s doctors said medical advances made that transplant a viable option. Nearly three months after the transplant, Miranda is thankful that a family member was able to give Tanner new hope. 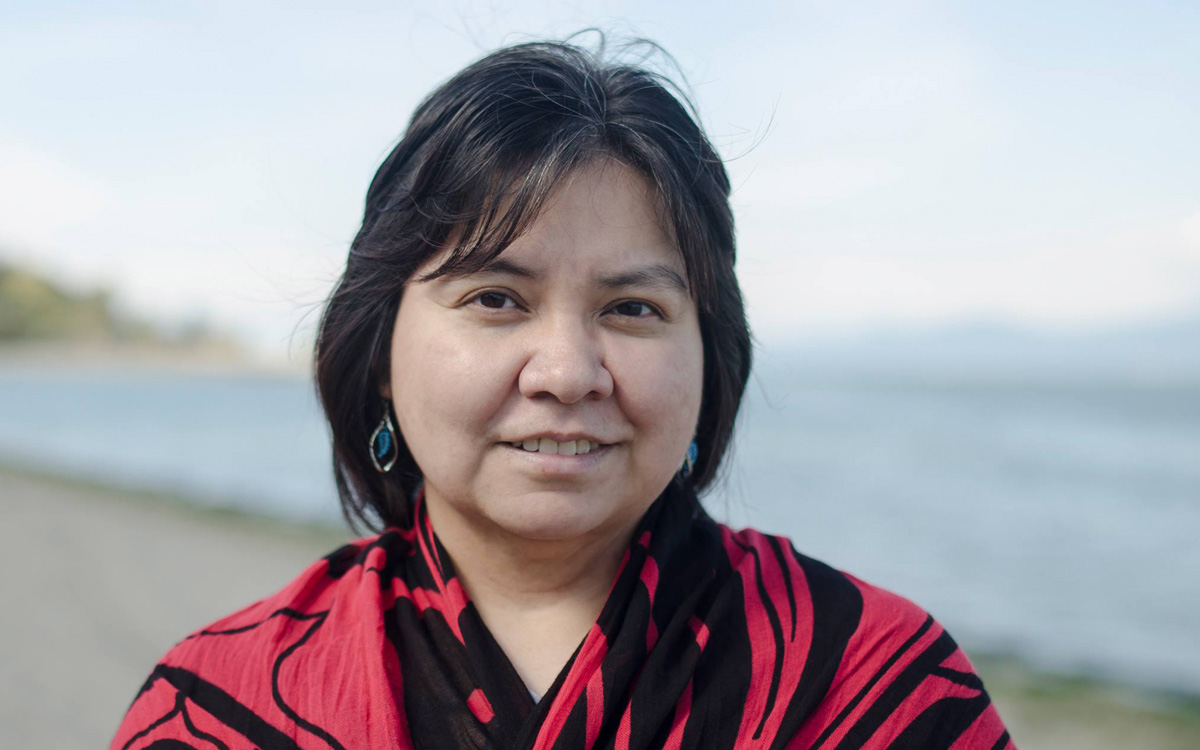 Dr. Jenny Morgan has been director of Indigenous health at BC Women’s Hospital for six years. As a Gitxsan First Nation woman, she was happy to have joined Canadian Blood Services Stem Cell Registry many years ago to give Indigenous patients a better chance at finding a match. Five years later, she fulfilled that mission.

For one Indigenous woman in Vancouver, B.C., the push to join Canadian Blood Services Stem Cell Registry came from someone in her own community.

“Hearing another Indigenous person talk about stem cell donation was the hook that got me interested,” says Dr. Jenny Morgan, who is the director of Indigenous health at BC Women’s Hospital. “There and then, I decided to order my kit and wait for that call.”

Five years later that call arrived. Canadian Blood Services notified Dr. Morgan, who is from the Gitxsan First Nation, that she was a good match for a patient in need of a stem cell transplant.

“It felt like a very sacred process because it was a chance to help save somebody’s life,” she says. “I knew there were very few Indigenous people on the registry, so it wasn’t a tough call to make.”

Dr. Morgan looks forward to meeting the recipient of her stem cells when things return to normal post-COVID. For now, on this National Indigenous Peoples Day, she hopes Canadians will take the opportunity “to learn about Indigenous peoples and the challenges we’ve faced for many decades.”

This National Indigenous History Month and on National Indigenous Peoples Day, we learn about the lived experiences of First Nations, Inuit and Métis peoples. As we reflect on our country’s actions and the impact of colonialism on Indigenous health, we are mindful of the role we all must play in reconciliation with Indigenous peoples in Canada.

Action is needed year-round to remove barriers, develop equitable opportunities and foster inclusive spaces. Learn more about our commitment to diversity, equity and inclusion at blood.ca/DEI. 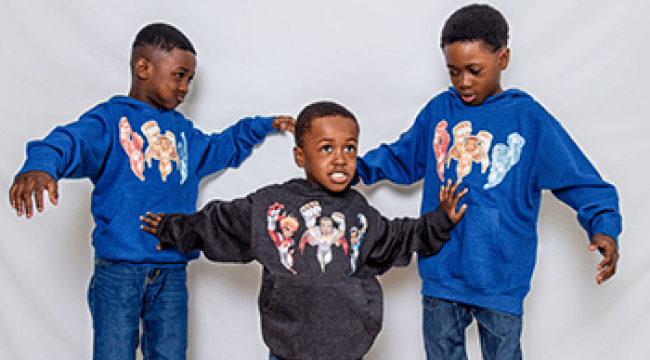 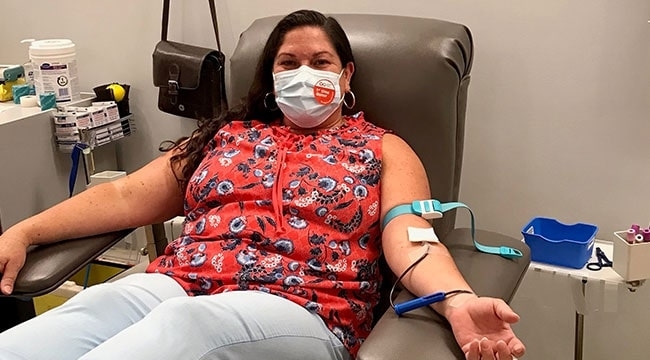 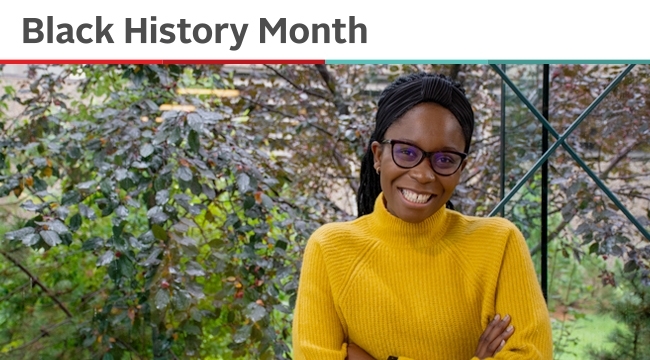