The science behind young blood

Drinking the blood of the young, and thereby somehow capturing their youth, is a common literary trope. The ghoulish notion speaks to our cultural fascination with youth, but also to our dread of aging.

There’s no evidence-based therapy using the blood of young people to counteract or prevent the effects of aging, but young blood is an area where science might be beginning to imitate art — at least, sort of.

“When we talk about young blood, we’re really talking about two streams of work,” says Dr. Jason Acker, a senior scientist at Canadian Blood Services’ Centre for Innovation and professor at University of Alberta.

“There’s the more conventional work, looking at how donor factors influence characteristics of blood and outcomes for patients, then there’s another, perhaps more controversial one looking at whether blood from young donors can rejuvenate older patients.”

Acker is doing the first stream of work. His team has been the first to show that red blood cells from young women are hardier and younger on average than those of men, and less likely to die during storage in the blood bag. This doesn’t necessarily lead to better outcomes for patients, though – that’s why Acker’s supporting a randomized control trial involving thousands of patients. The trial is tracking outcomes between sex-matched blood transfusions (i.e. female to female or male to male) and sex-mismatched transfusions.

The other type of work is born from studies that showed if you take a young rat and attach its circulation to an older rat (called “parabiosis”), the older rat got healthier and showed signs of rejuvenation. Was it getting younger?

“That kickstarted a renewed fascination with whether blood from young donors can rejuvenate older recipients,” says Acker. “Now there’s an explosion of research in the biology of aging, and we know there are naturally occurring molecules in the blood of young mice that, when injected into older mice, reproduces many of the regenerating effects from the parabiosis studies.”

The discovery of one of these molecules, growth differentiation factor 11 (GDF11), became one of the journal Science’s top 10 breakthroughs of the year in 2014.

“So something that was originally presented in a very controversial way is now seeing science catch up as we identify new things,” Acker says.

There’s a lot of work going on in these areas, but these studies are with animals not people, and there is no proven safe and effective therapy to prevent or undo aging using young blood. This doesn’t stop some from trying, though — companies in the United States have offered “young plasma” transfusions under the guise of clinical trials, costing thousands of dollars to the recipient.

In summary, consider starving a vampire this spooky season by donating blood, and avoid unproven expensive “therapies” — because those are really scary. Happy Halloween! 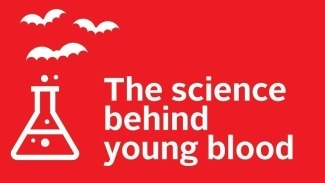 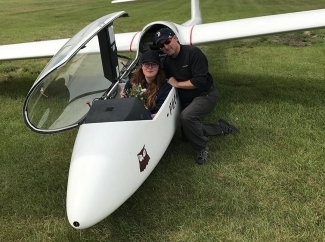 For this instalment of “Meet the researcher”, we met with Dr. Jason Acker, a senior research scientist at Canadian Blood Services who specializes in the manufacturing and storage of blood components. “What gets me up in the morning is the knowledge that through the work of my team and my... 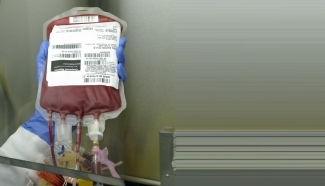 While blood transfusion is safer now than ever before, scientists continue to look for ways to reduce risk and ensure the healthiest possible outcomes for patients. A unique collaboration between Canadian Blood Services, The Ottawa Hospital and Université Laval has led to some interesting and... 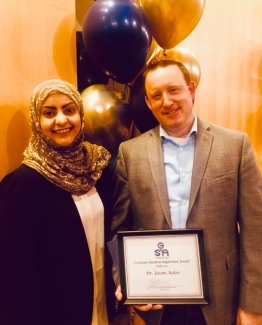 Dr. Jason Acker was recently awarded the University of Alberta Graduate Students’ Association (GSA) Graduate Student Supervisor Award. We chatted to Dr. Acker to find out what this award means to him.