A new study by Centre for Innovation scientist Dr. Heyu Ni and his research team at St. Michael's Hospital in Toronto reveals insights into causes of miscarriage for some women.

This study clarifies how maternal antibodies can cause fetal growth restriction and miscarriage, and introduces a new therapeutic target: natural killer cells.

Read more in our Centre for Innovation Research Unit on this work.

A research team, led by our Centre for Innovation scientist Dr. Heyu Ni, based at the Keenan Research Centre for Biomedical Science of St. Michael’s Hospital, are seeking to prevent women who suffer from a disease known as FNAIT from giving birth to underdeveloped babies or miscarrying.

Fetal and neonatal alloimmune thrombocytopenia, or FNAIT, affects pregnant women and their unborn babies when the mother’s immune system sees some of her fetus’ cells as foreign and sends antibodies to attack and destroy those cells.The researchers found that, in mice, the mother’s FNAIT immune response also triggers the activation of natural killer cells that target cells with the father’s proteins, including trophoblasts—cells responsible for the placenta’s development and growth.

Natural killer cells are a type of lymphocyte—one of the subtypes of white blood cells in the immune system. They play a major role in defending the fetus against cells carrying viruses and those that are growing abnormally, providing protection from disease and developmental issues in the early stages of pregnancy.

This immune attack can cause the placenta to deform and can disrupt the flow of nutrients to the fetus, both of which may limit the baby’s growth in the womb and increase the likelihood of miscarriage, said Dr. Ni.

“Natural killer cells are normal in pregnancy and necessary for early placental development in humans and other mammals, but their number in placenta should decrease in the late stage of pregnancy,” he said. “In our study, we found that natural killer cells were not decreased, but prevalent and active in cases of FNAIT.”

This finding represents an important discovery about how abnormalities at the placenta may contribute to FNAIT, said Dr. Ni. It expands on his previous research that found another cause of miscarriage in FNAIT cases. The same kind of blood-clotting in coronary arteries or blood vessels in the brain that causes heart attacks and strokes also happens in the placenta. The massive clotting can destroy the placenta, block blood flow to the fetus, which can lead to miscarriages.

Based on the findings of today’s study, the authors found there were several methods that might effectively prevent FNAIT-related miscarriages by targeting natural killer cells.

More research will be needed to determine whether these new anti-natural killer cell treatments would be effective in humans, said Dr. Ni.

“By understanding what causes reduced growth and miscarriages in FNAIT cases, we are one step closer to being able to identify FNAIT cases early and reduce the rates of the devastating outcomes of this disease,” he said.

This research was published today in Nature Communications.

This study received funding from the Canadian Institutes of Health Research, the Canada Foundation for Innovation and Canadian Blood Services.

Platelets are essential for the formation of blood clots to stop bleeding. However, if platelets are activated when they’re not supposed to be, a clot can form within a blood vessel, blocking blood flow. These clots can cause medical emergencies such as heart attacks and strokes, which are major... 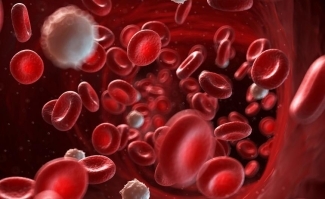 Supporting vital research through our Centre for Innovation