Red blood cells are like delivery trucks. They deliver oxygen to the vital organs in our body. Iron is the flatbed of the truck which holds the oxygen in place. Iron is a key ingredient to build red blood cells and when you don’t have enough iron, your body doesn’t make enough red blood cells. This is called anemia. We get iron from the foods we eat such as meat, leafy green vegetables and legumes – all rich in iron.  Our body loses iron when we lose blood, so women are at the highest risk for low iron since blood is lost monthly during childbearing years.

Imagine a woman’s iron stores as a bank account, and because of menstrual periods leading up to pregnancy most women enter pregnancy with low balances. Also, pregnancy itself is like taking out substantial iron withdrawals every day because it takes over one gram of iron to make a baby – that’s equivalent to 177 steaks! So, if the withdrawals are larger than the deposits, she empties her account and anemia develops, which puts the mother at risk for severe fatigue, difficulty concentrating, shortness of breath and postpartum depression. Also, without enough iron, a woman’s red blood cell count can drop dangerously low, prompting a blood transfusion.  For babies, iron deficiency anemia can be even worse as it leads to low birth weight, preterm delivery, delayed development, poor future academic performance and even early death. Luckily, treating iron deficiency in pregnancy is straightforward: it involves making regular small bank deposits with oral iron supplements or getting a big paycheck with intravenous iron.

Why is a blood transfusion particularly worrisome in women of childbearing age? It is because being exposed to someone else’s red blood cells can trigger a woman to make antibodies. These antibodies can then complicate a future pregnancy as they target and destroy the fetus’s red blood cells, causing potentially life-threatening anemia. So, iron deficiency in pregnancy is a big deal – it carries important risks to mother and baby for this and future pregnancies.

For example, consider Shelly, a 31-year-old woman with low iron stores before pregnancy who is now pregnant with twins. Her iron and red blood cell levels have been dropping throughout her pregnancy, and on the day of delivery both are very low. She has a normal vaginal delivery and loses a small amount of blood. The next morning, her red blood cell count is extremely low, and she receives a blood transfusion. Shelly started pregnancy with a low bank account balance. The daily withdrawals from her bank account were doubled (twins), and her deposits were insufficient to compensate. Iron deficiency anemia was a predictable and preventable outcome that should have been recognized early and treated with iron. Our goal is to target patients like Shelly.

Our research shows that 1 in 3 pregnant women did not have their iron levels checked. In women who were identified as being deficient, less than half were treated with iron. This highlights an important gap in prenatal care and we believe that this problem is not unique to our hospital. All women should have iron stores checked and their iron supplementation tightly managed throughout pregnancy. Unrecognized, unprioritized iron deficiency in pregnancy is a universal public health problem.

Understanding why women are being transfused in pregnancy helps us identify areas for improvement. Obstetricians are on the front lines and feeding this information back to them is key to addressing the under-recognition and under-treatment of iron deficiency in pregnant women. The next step is to empower obstetricians to identify at-risk women early and prevent iron deficiency anemia throughout pregnancy. If we can prevent empty bank accounts, we can minimize blood transfusions to a vulnerable patient population and prevent the development of antibodies that can complicate future pregnancies.

Dr. Heather VanderMeulen is a third year Internal Medicine resident and soon-to-be Hematology fellow at the University of Toronto. Under the mentorship of Dr. Jeannie Callum and Dr. Michelle Sholzberg, she has developed a passion for women’s health and hematology. Her goal is to improve the quality of care provided to women of childbearing age with hematologic disorders. 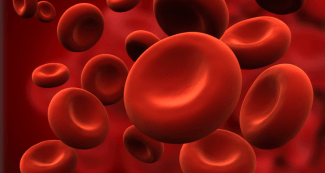 “When individuals have iron deficiency (or iron deficiency anemia), they may experience decreased exercise tolerance, increased shortness of breath with activity,” explains Dr. Pambrun, “possibly can also have a decrease in concentration or changes in mood.” 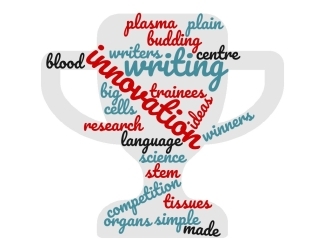 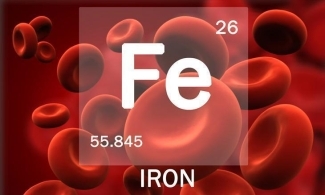 Health screening, education and donor testing help to ensure donors are healthy enough to give and that their gift doesn’t cause harm to patients.