Our partnership with the Centre for Blood Research (CBR) at the University of British Columbia is helping to train the next generation of researchers in transfusion science. This blog post highlights just some of the achievements accomplished by CBR trainees in education, training or knowledge mobilization.

Erik Lamoureux, a PhD Student from the Ma Lab (Multi-Scale Design Laboratory) at CBR and recipient of a Canadian Blood Services graduate fellowship award, provides a summary of his lab’s paper “Assessing red blood cell deformability from microscopy images using deep learning”. Below is an abridged version of the post that originally appeared on the Centre for Blood Research blog in November 2022.

Around half of all Canadians will require a blood transfusion in their lifetime or know someone else who will. Despite how common blood transfusions are, only four percent of Canadians are blood donors. Due to the scarcity of blood for transfusion, it is vital to use the existing blood supply as efficiently as possible. It is well known that blood type is assessed – O, A, B, or AB, with +/- Rhesus (Rh) factor – to ensure blood compatibility between the donor and recipient. In addition to blood type, recent research indicates that the shape and deformability of red blood cells (RBCs) are important factors contributing to the effectiveness of a blood transfusion.

Red blood cell deformability degrades as the cell ages, and when the cell becomes too rigid to pass through the microvasculature, it is engulfed and destroyed by immune cells called phagocytes. Because of this relationship between a cell’s deformability and longevity, RBC deformability is considered a potential biomarker for transfusion quality. Ideally, blood banks could sort blood units based on patient need. More deformable and longer-lasting blood should be distributed to chronic transfusion patients to extend the time between their needed transfusions. On the other hand, more rigid and shorter-lasting blood should be distributed to acute transfusion patients (e.g., trauma patients) who just need a blood top-up and can otherwise produce an adequate blood supply.

In our lab, we developed a microfluidic device to sort RBCs based on their deformability1. RBCs suspended in fluid are sent through microchannels that are as small as the width of a human hair. The cells enter a grid-like sorting region consisting of small constrictions of different sizes for the cells to squeeze through. This sorting is similar to cells squeezing through small gaps in the body’s microvasculature. Based on a cell’s ability to squeeze through these gaps, they are sorted to different outlets indicating their level of deformability. This allows us to determine a donor-specific rigidity score and provides us with the true deformability levels of the cells for use in training a machine learning model.

To increase the accessibility of determining RBC deformability, we sought to develop computer-based techniques to predict deformability from images. After microfluidic deformability sorting, sorted cells are extracted from the device and imaged using a microscope. The microscope captures digital images of the cells which are then processed into smaller single-cell images. These single cell images are input to an artificial intelligence model called a deep learning network. This network consists of cascading and interconnected mathematical operations that learn patterns in the data. By passing enough images through the network many times, the model is trained to identify a cell’s deformability level based on its surface features, patterns, and structures.

Future work will focus on streamlining this procedure, determining viable use cases and limitations, and ideally developing a generalizable model that can assess the RBC deformability profile of new donors at the point of care. 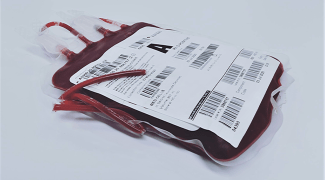 Red blood cell transfusions are a crucial and often life-saving treatment for patients living with anemia, sickle cell disease and other conditions. This post describes recent research from the Centre for Blood Research exploring a novel way to assess the quality of stored red blood cells. 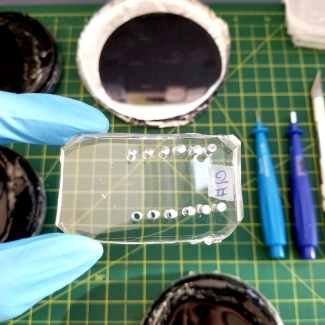 Donated red blood cell units are a vital component of patient care, supporting patients with a wide variety of disorders. However, not all blood units are the same, and the benefit they can deliver to a patient can vary from unit to unit. Read on to learn about a unique device developed in a research laboratory at the Centre for Blood Research that can sort stored red blood cells based on their “squeezability”. This reflects how well red blood cells can squeeze their way through the circulation after a transfusion and could help identify “super-storers”. 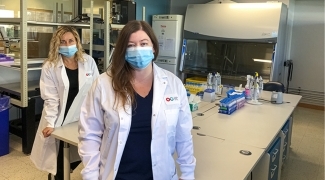