Hockey Gives Blood has partnered nationally with Canadian Blood Services to raise awareness for the importance of blood, plasma, stem cell, organ and tissue and financial donations, amongst the hockey community.

Hockey Gives Blood is a non-profit organization founded by a group of former hockey players. The team is dedicated to encouraging members of the hockey community to help save lives and ensuring that patients in Canada have access to the blood products they need, when and where they need them. Their passion for hockey is as distinct as their passion for saving lives.

Be a team player. Donate together.

How to join the Hockey Gives Blood Partners for Life team:

Book your next appointment either through your team bookings (visible under your team when a Champion has worked with Canadian Blood Services and reserved a block of appointments) or as an individual.

The Hockey Gives Blood Player Ambassador program comprises young developing hockey players from across Canada who have been recognized by their peers as influential champions. These ambassadors diligently promote the ongoing need for blood, stem cells, organ and tissue and financial donations to help save lives.

Many of them are dedicated donors themselves with personal stories of what motivated them to make a meaningful difference for patients in their communities. The shared goal of each of these ambassadors is to help inspire the next generation of donors to join Canada’s Lifeline.

Logan was the CHL player of the year for the 2021/22 season and plays for the Kamloops Blazers. Since becoming a player ambassador with Hockey Gives Blood, he has shown what it means to make all the difference for patients.

He first started by becoming a blood donor, then joined the stem cell registry, became a financial donor and has registered his intent to be an organ and tissue donor.

“Over my life so many people have contributed and helped me out in different ways so I believe that donating to an important cause, makes me feel like I’m returning the favour.” 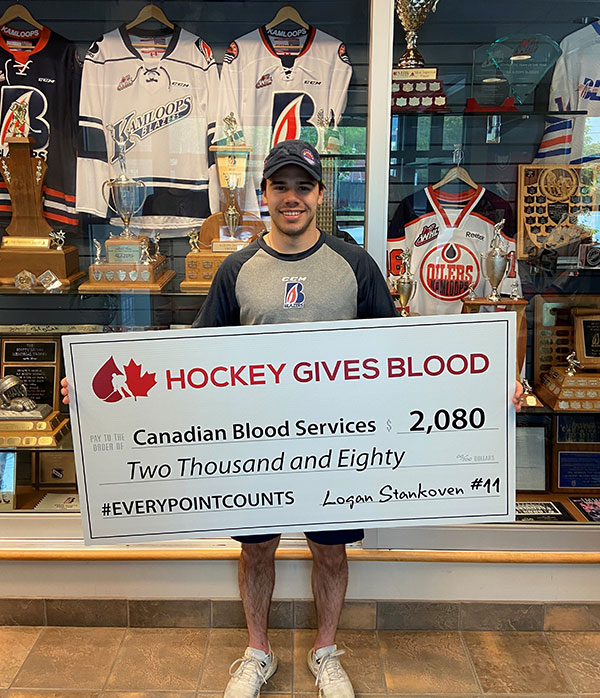 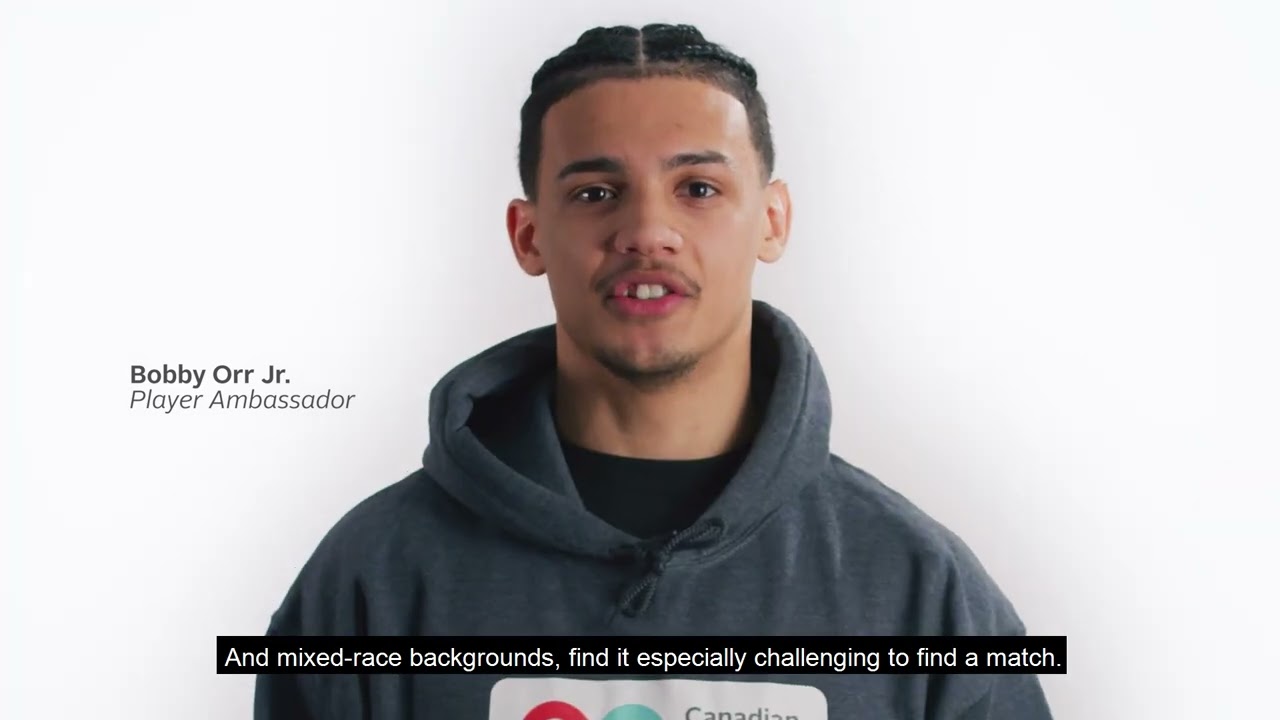 Each year, hundreds of patients in Canada with blood diseases and disorders, including cancers, need a stem cell transplant to save their life — many of whom are facing challenges finding a matching donor.

Less than 25 percent of patients are successfully matched with someone in their own family. The other 75 percent must rely on an unrelated volunteer donor to save their life. Patients from Indigenous, Asian, South Asian, Hispanic, mixed-race, and diverse Black communities find it especially challenging to find a match, because currently, only 33% of prospective donors on the national are non-Caucasian.

In October 2021, the University of New Brunswick (UNB) REDS men’s and women’s hockey team joined each other off the ice for a blood donation event. Although there were almost 40 appointments reserved for the two hockey teams, word of the event quickly travelled to other varsity teams who were also eager to support Hockey Gives Blood. Women’s volleyball, basketball and men’s soccer quickly filled the remaining spots.

“To see so many REDS student-athletes answering the call to donate was inspiring. Our women’s and men’s hockey teams, spurred by Hockey Gives Blood, responded in large numbers,” said Andy Campbell, communications manager, UNB REDS. “Our REDS student-athletes are constantly looking for ways to support the community and donating blood has become another avenue for them to give back. We look forward to continuing our support of Canadian Blood Service and Hockey Gives Blood in the future.” 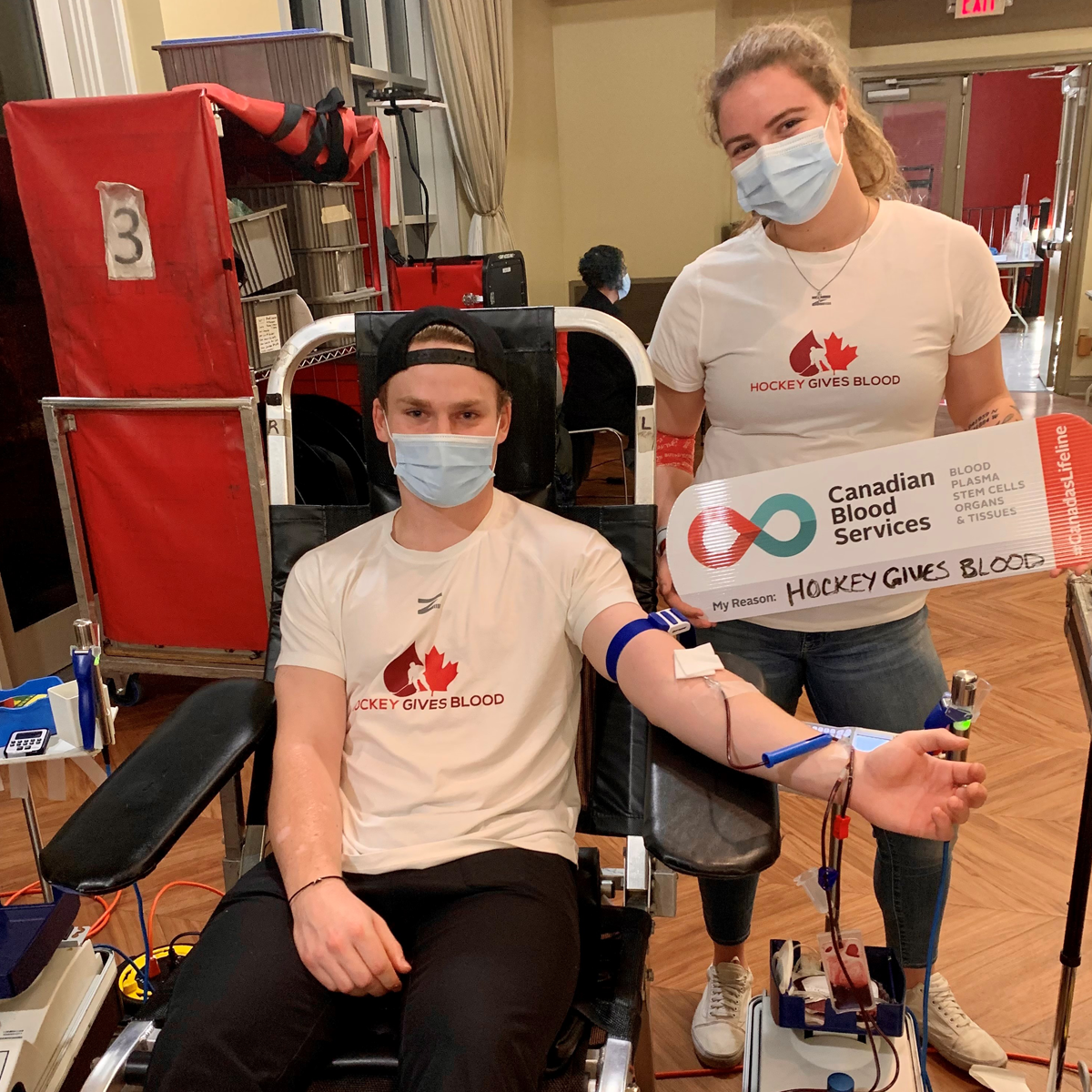 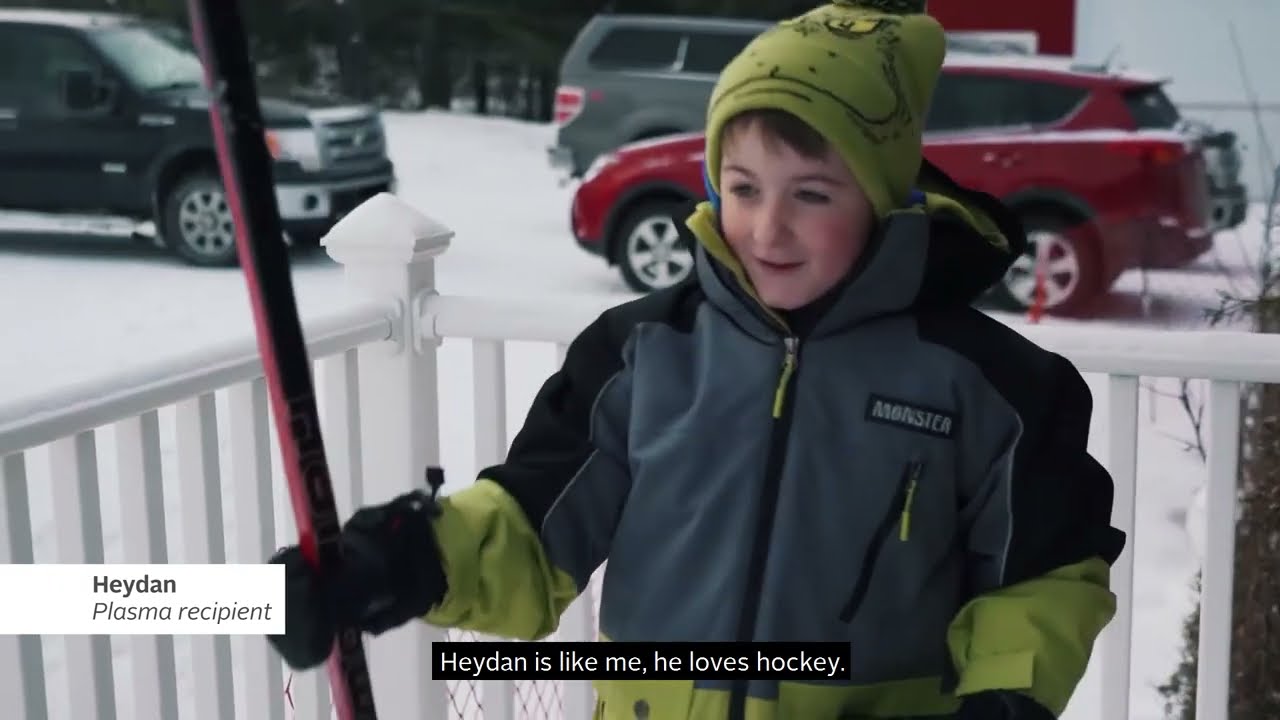 Saving a life through plasma donation

Donated plasma touches the lives and families of thousands of patients who require lifesaving therapies and treatments made from plasma-derived protein products.

The need for plasma is more than four times what is currently donated in Canada. It could take over 100 plasma donations to help treat just one person for a year.

In August 2018, Jamie Ficko, Humboldt Broncos alumni and Humboldt resident, began to feel unwell. Being in his late 30s and in excellent physical shape, he knew almost immediately that something was not right. He was exhausted and noticed swollen lymph nodes on his body. After several doctor visits and tests, in October 2018 he received a diagnosis that he never expected -- acute lymphoblastic leukemia (ALL).

Jamie’s cancer was aggressive, and treatment would need to start immediately in Saskatoon. He initially responded well to treatment, which included blood and platelet transfusions, and was able to return home in late November. Sadly, he began to develop new symptoms soon after Christmas. The cancer had progressed and he required a lifesaving stem cell transplant.

Emotions ran high when he found out there were no matches on the stem cell registry. While Jamie began a new course of intense treatment, his family and friends rallied to find a match. When Hockey Gives Blood heard Jamie’s story, they stepped in and ran swabbing events throughout the community. In the end, it was a partial match from his father that would save his life. The transplant was successful in February 2019 and he began his road to recovery. Today, Jamie is healthy, active and back to playing hockey. He is also an assistant coach for his son’s minor hockey team.

“I am so thankful to Hockey Gives Blood for working tirelessly when I needed a stem cell match,” said Jamie. “Although the match ultimately came from my father, Hockey Gives Blood created awareness about the need for more stem cell registrants among a younger generation. The people who swabbed to help me, could help save someone else’s life. It could be your relative, your friend or a teammate. What do you have to lose?” 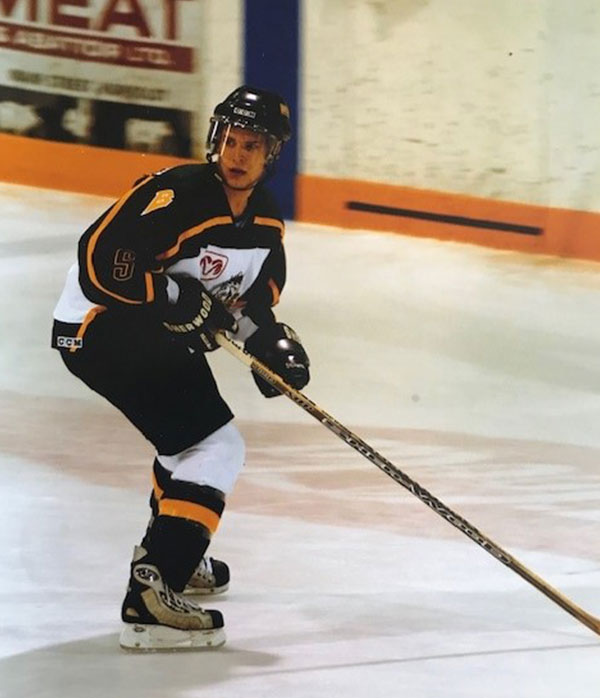