Sylvia Okonofua is the president of the University of Regina’s chapter of Stem Cell Club, a volunteer team she founded as a first-year student in 2016. The club recruits young people across Canada to Canadian Blood Services Stem Cell Registry, which accepts potential donors between the ages of 17 and 35.

But Sylvia and the other volunteers aren’t just focused on youth. They’re also on a mission to increase the diversity of prospective donors. A patient has a much better chance of finding a match for a lifesaving stem cell transplant in a donor whose ancestral background resembles their own. And it didn’t take Sylvia long to discover that the registry is made up of very few registrants from diverse backgrounds, including those who are Black. In fact, as of January 2021, Black people made up fewer than two per cent of registrants.

“As a Black woman, it was really heartbreaking to see,” says Sylvia. “It was really frustrating to know that a patient from my community is so much less likely than other patients to be helped.”

In the past, Sylvia and her volunteers have gone far and wide with their swab kits to sign up diverse new recruits. The search took them to parties hosted by African student societies, hockey games and the campus of the First Nations University of Canada. But during the pandemic, Stem Cell Club volunteers can’t recruit in person as they usually do. So they’ve gone virtual, ramping up efforts to build their library of stories called Why We Swab on Facebook, Instagram and Twitter.

One of Sylvia’s own interviews for Why We Swab, with stem cell recipient, Dorothy Vernon-Brown, helped inspire the campaign the club launched for Black History Month.

“About 7 years ago, there was an unexplained huge bruise on my left thigh. I went to a walk-in clinic to get it checked out. Some blood work was done and after that...”#WhyWeSwab #cancer #StemCells #CanadasLifeline #Black pic.twitter.com/fkAeOcqqAJ

Dorothy is a Jamaican-Canadian who was first diagnosed in 2013 with acute myeloid leukemia. No fully matched donor was ever identified for her in Canada’s registry or internationally, which Sylvia found “heartbreaking”. Instead, she ultimately received a transplant with stem cells from her sister, who was a half-match. Dorothy continues to educate others about the need for more Black participation in the stem cell registry.

Stem Cell Club’s Black Donors Save Lives campaign invites the club’s own university volunteers across Canada to use the campaign resources ― including Dorothy’s story ― to encourage new potential donors to sign up at blood.ca/black-donors-save-lives. They’re also partnering with associations such as Black Physicians of Canada to share their infographics, TikTok videos, and even an original song that encourages Black people to join the stem cell registry.

Regina performer Adeoluwa Atayero ― who performs under the stage name ADEOLUWA ― said before Sylvia approached him to create content for the campaign, he’d never heard that the Black population was poorly represented among potential stem cell donors. He thinks better word-of-mouth promotion of the registry, especially by Black people who have chosen to join it, could help.

“We are a very tight community. And if we just have people that start doing it, start sharing their experiences about doing it, through social media, through word of mouth, it becomes a conversation,” says ADEOLUWA, who also works as a journalist. “And conversations lead to change.”

Some powerful conversations have also been happening in virtual focus groups this month. To help inform recruiting efforts, Sylvia has been gathering young Black participants from their teens to early 30s to talk about stem cells. Some participants in the sessions didn’t know anything about stem cells and how they are used, Sylvia says.

Others arrived with concerns or misconceptions about the donation process. For example, Joseph Ajibade, another recent University of Regina graduate, did not realize that stem cells can often be collected from circulating blood.

“Initially, I thought it was going to be just by surgery,” he says. Learning that the process could actually resemble a blood donation helped shift his mindset to “yes, definitely I can register for it,” says Joseph.

What is the stem cell donation process?

All participants have been shocked to learn about the small percentage of potential stem cell donors who are Black, Sylvia says. And she fully intends to keep spreading the word.

“This is not going to be a one-time campaign,” she says. “It’s going to be bigger and better every year.”

Canadian Blood Services Stem Cell Registry needs donors of all ancestral backgrounds to meet the needs of diverse patients. Registering is easy. If you are between the ages of 17 and 35, you can sign up online and have your swab kit delivered in the mail. 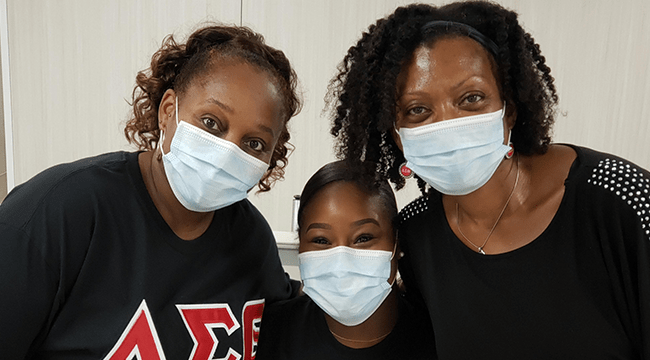 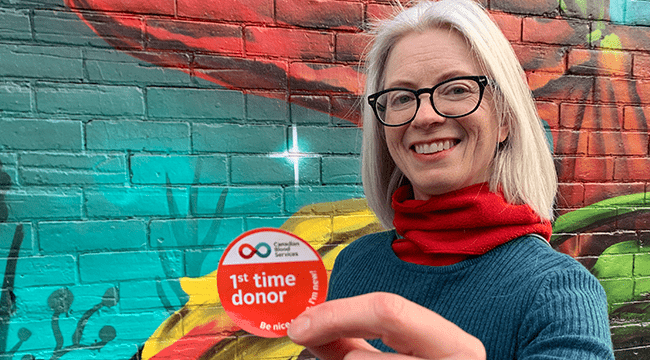 Many who’ve lived in Saudi Arabia, much of Western Europe can now donate