Modern blood banking and transfusion medicine owe a great deal to Canadian wartime pioneers in battlefield medicine. For example, Dr. Lawrence Bruce Robertson’s insistence on whole blood for treatment of battlefield shock and hemorrhage established its medical importance in transfusion. This happened just as research on sodium citrate as an anticoagulant and buffers for red blood cell storage made advance collection from donors a more feasible option. However, it took another war before a civilian blood banking and transfusion service got started in Canada. Again, Canadian residents can thank pioneering wartime doctors for making it possible.

Mobile blood banking for transfusion medicine featured in front-line medicine during the Spanish Civil War (1936–1939), when Canadian doctor Norman Bethune volunteered for action alongside the International Brigade. After receiving his medical degree in 1916, Bethune completed internships and worked in private practice before studying under Dr. Edward Archibald in thoracic surgery in Montreal.

This was the same Archibald who pioneered sodium citrate as an anticoagulant during World War I battlefield transfusion treatment. When Bethune didn’t find an opportunity to offer his surgical services in Spain, it was this experience in transfusion medicine from surgical practice that proved most valuable. Knowing that soldiers with battlefield injuries frequently benefit from treatment with whole blood, he saw an opportunity to support patients on the front line, using his transfusion experience to outfit a van as a mobile blood service. 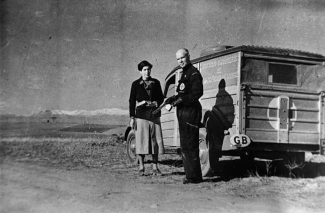 Bethune’s Canadian Blood Transfusion Unit operated out of Madrid and covered a wider area than the other mobile services operating at the time. It tested out the refrigerated storage developed by a Spanish mobile transfusion team under Dr. Frederic Durán-Jordà, a hematologist working out of Barcelona.

The Canadian Blood Transfusion Unit brought blood donated by civilians to front-line hospitals and organized rapid transport of type O blood, the universal donor. Bethune claimed in one interview that the unit had collected and processed more than 340 litres of blood over one year of service.

Dr. Charles Best, possibly most famous for his association with Frederick Banting’s Nobel Prize–winning work on insulin, pioneered methods for blood product storage that made them easier to ship overseas to the battle areas in World War II. His research and development of dried plasma products and validation of serum instead of whole blood for treating shock increased the versatility of blood banking and transfusion services for emergency medicine. This work, in conjunction with the Canadian Red Cross and government support, led to the establishment of the country’s first national blood banking and transfusion service.

Blood products for easy transport and for transfusion safety

When Banting won the Nobel Prize in Medicine in 1923, he shared the prize money with his student , Charles Best. With this money and his newly acquired medical fame, Best joined colleagues at Connaught Laboratories, redirecting his pre-War research program to explore the limitations encountered with transfusion medicine during World War I and investigate novel ways to store blood products.

Problems with whole-blood coagulation and storage meant that blood stocks were not plentiful, and soldiers often acted as “walking blood donors.” Furthermore, transfusion reactions due to incorrect blood-group matches still limited the service. Although further work had taken place to clarify blood typing in the years since World War I, incompatible transfusions still caused deaths. The crude matching tests that mixed donor and patient blood to check for clumping before each transfusion weren’t always easy to read.

Concentrating on these challenges, Best and his team worked on methods for preserving blood in long-term storage, and for cell-free alternatives to whole blood that might reduce transfusion reactions.

Best and his colleagues developed methods of separating whole blood, removing the fluid components — plasma (the liquid left after cells are removed) and serum (plasma without clotting substance, fibrin) — from cells. Once dried, the blood products could be shipped in a more stable form with a greater shelf life. Once the product arrived at the battlefront, clinicians simply reconstituted it by adding sterile distilled water before transfusing it into patients.

In addition to improving storage methods for blood products, Best also initiated the Serum Project. He demonstrated that administering serum rapidly improves the low blood pressure commonly encountered during shock. His experiments showed that following infusion, serum proteins remained in circulation long after colloids such as sodium chloride escaped. These proteins generated an osmotic pressure that helped build circulating volume to increase blood pressure. With this success, Best then optimized serum production and concentration methods, along with new drying techniques, so that the product could be shipped safely.

Best was also concerned with how this new medical advancement would be supported within Canada. He promoted voluntary donation, giving economic justification for this as a way to expand transfusion services to all Canadians, rich and poor. With this in mind, Best favoured the Canadian Red Cross for setting up national donation and blood banking, with initial efforts going to support the Armed Forces overseas. This set-up was successful, with massive public support for the war effort: “approximately 890,000 blood donations were collected from Canadians for military hospitals during the last year of the war” from a Canadian population at the time of only just over 11 million.

As a direct consequence of Best’s work in championing voluntary donation and alternative blood products, a civilian blood transfusion scheme and donor program began shortly after the war ended in 1945. 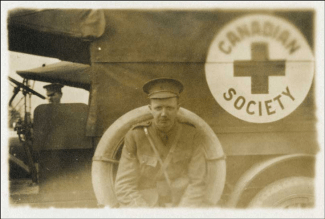 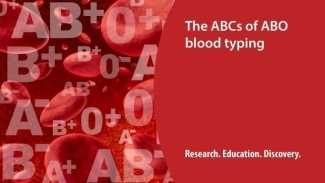