In developing leading practice guidelines, we bring experts from across organizations together to design tools that help support clinicians, patients, and donor families, during extraordinarily difficult times. 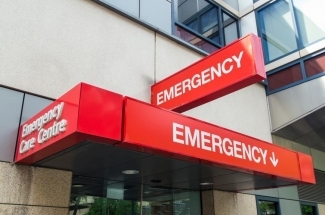 For those involved in the development of such resources, seeing positive outcomes that save more lives and comfort more families are the best rewards.

Ten years ago, representatives from all disciplines that could be involved in DCD were brought together. Experts from intensive care, ethics, legal, government, transplant surgeons and physicians, spiritual care, and members of the public were included.

“We wanted to talk about whether we should do donation after cardiocirculatory death in Canada and if so how,” explained Canadian Blood Services, medical director (donation), Dr. Sam Shemie.

“We developed and published National recommendations for donation after cardiocirculatory death in Canada,” said Dr. Shemie, who is also a physician in the Division of Pediatric Critical Care, and at the Montreal Children's Hospital, McGill University Health Centre and a professor of pediatrics at McGill University. “These guidelines have been fairly broadly implemented in Canada, such that since 2006 there have been more than 600 DCD donors and 1300 transplants have happened that likely otherwise would not have occurred.”

The story of Sarah Beth Therien

Sarah Beth Therien’s case has been well documented in media reports and her family has been very active as advocates for DCD in Canada.  Sarah had a catastrophic illness, and was in the intensive care unit at the Ottawa Hospital. She was going to die but was not eligible for the traditional form of donation, donation after brain death (neurological determination of death).

Aware of donation after cardiocirculatory death practice in the U.S., the family pushed the ICU team to let her become a donor because that’s what she had wanted. Thankfully, members of her care team had been involved in the original development of the DCD guidelines and they were equipped to comply with the family and patient’s wishes. Previously they would have had to say, “No, we don’t do that in Canada”.

DCD significantly increases the number of available organs. It could mean the difference between life and death for Canadians waiting for a transplant.

While the original 2006 DCD guidelines were meant to be for both adult and pediatric patients, uptake in pediatrics has been slower than in the adult. In fact, only one hospital in Canada was doing it – The Hospital for Sick Children in Toronto.

To remedy that, Dr. Matthew Weiss, a pediatric intensivist from Quebec City, led an initiative to create rigorously developed clinical practice guidelines specifically for pediatric DCD, also stemming from a case where DCD was not possible for a family at his hospital.

“This work all started with a patient and a family I cared for in 2013. As it became obvious that the girl was not going to survive her illness, the father asked if she could provide organs to help others in need.” Dr. Weiss explains.

“At the time, we did not have the infrastructure or the expertise to support pediatric donation after cardiac death, and I was forced to say no. Witnessing the disappointment that family suffered by being denied the opportunity to make some sense of their loss through donation motivated me to work with Canadian Blood Services to develop these guidelines. The goal was to ensure access to this type of donation for children and their families across Canada.”

Representatives from pediatric intensive care units and neonatal intensive care units across the country were key contributors, along with collaborating organizations, the Canadian Pediatric Society, Canadian Blood Services, Canadian Society for Transplantation, Canadian Critical Care Society, and the Canadian Association of Critical Care Nurses.  It was a year and half process, that started with a face-to-face meeting in October 2014.

Since 2014, while the pediatric DCD guidelines were in development, there were four family-initiated requests for DCD in pediatric patients in different Canadian cities. In each of these cases, members of the guideline development group were involved. Because they were familiar with the issues, the recommendations and the complexities of the process, they were prepared and able to manage those requests and facilitate donations that otherwise would not have occurred.

“It’s a wonderful example of knowledge translation in action. If you have the right people – leaders and experts – at the table, they can take those guidelines and implement them in their centres,” says Dr. Shemie. “That’s a real value of the Canadian Blood Services approach to leading clinical practice guideline development. It embeds that knowledge translation within the guideline development process and facilitates implementation and practice change … pDCD was a pure example of that.”

Dr. Weiss added, “Seeing the lifesaving donations that have been led by people involved in this project makes the many long hours we've spent ensuring the quality of these guidelines all the more worth it.”

A review of pediatric issues in DCD was published the journal Pediatric Critical Care Medicine and the pediatric DCD guidelines have now been completed and are in submission for publication. 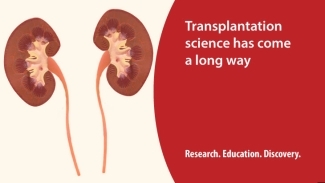