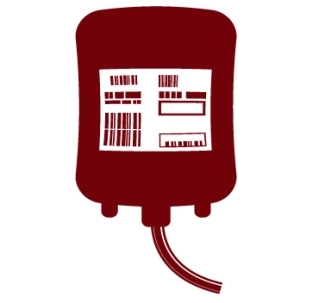 Paying it forward: Why we need YOU to give blood - Part 4

In addition to ABO and Rh, there are 346 other blood group antigens that patients can react against. This leads to even more stress for the blood bank technologist.

A few years ago we looked after a lovely 30-something young lady with breast cancer that had spread to her bone marrow, which limited her production of blood. She was sent to our transfusion unit for two units of blood to permit another course of chemotherapy. Everything was fine for two weeks, then she started to feel unwell. Her immune system was attacking one of those 346 antigens. We tested her plasma against our standard 11-donor panel (a tool for identifying the antibody’s target). She was incompatible with all donors. She had an antibody against an unidentified protein that is present on more than 99.9 per cent of all blood donors. We had to find the “golden-ticket unit”; the one in a thousand units lacking that protein. There was another challenge. Her hemoglobin was under 60 g/L and she needed the blood now. We had to determine exactly which protein she was reacting against quickly.

Blood bank technologists have a saying for when things go miraculously right: “the blood banking gods were shining down on us.” This time, there was a patient in hospital undergoing a hip replacement, who had a complete deletion of the Kell antigen blood group. This patient was the only person in Canada known to have this rare blood group. We had samples from both of these patients and we tested to see if they were compatible. Bingo! The hip replacement patient had the same extremely rare blood group as our breast cancer patient. Now we at least knew what kind of blood she needed. 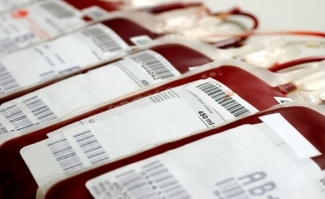 Our hip replacement patient had fortunately pre-donated numerous units of blood in preparation for her surgery. The patient was on the rehab floor, hadn’t needed the units yet, and was recovering nicely. We had her two fresh units in inventory, and several frozen units stored away just in case. It was an awkward situation, but I needed to ask if we could use her blood for someone else in need. I explained the dilemma. I was asking her to agree to give some of her pre-donated units to another patient who urgently needed them. Thankfully, she had been a lifelong blood donor, so of course she said yes. She was so honored to be able to help and willingly gave up some of her units. This was the first time she had any idea about where her blood donation was going. Weeks later, we arranged for her to receive an anonymous letter of thanks from the recipient. I talked to her on the phone the day she received the letter; she said it had brought her to tears.

Both of these patients were born missing a whole cluster of proteins, called the Kell antigens, on the surface of their red blood cells. Each of the antigen groups is named after the last name of the first patient to be discovered missing one of the antigens. Kell was named after a pregnant woman, Mrs. Kellacher, who ran into problems in the 1940s with hemolytic disease of the newborn. Most of the antigens are named after people who ran into trouble in pregnancy or after a transfusion, they have names like Kell, Kidd, Duffy, Cellano, McLeod, and Lewis. Of course, for privacy reasons, we don’t do this sort of naming anymore.

We were still left with the difficulty of finding a lot more donors who shared this rare blood group if we were to get our cancer patient through several rounds of chemotherapy. One blood donor can only donate safely every 56 (for men) or 84 days (women). The stored blood from one elderly woman recovering from a hip replacement was never going to be enough.

Every major blood supplier worldwide keeps a database of “rare blood donors”. Donors who are missing some antigen on the surface of their red blood cells. We find these donors not by randomly testing them but by them running into transfusion problems when they get sick and need blood. 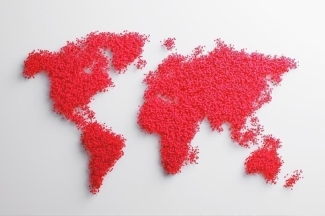 The blood centre in Toronto checked its Canadian database and found no other donors. It’s hard to believe, but no compatible donor was in the rare donor registry in the US either. This had us worried. A few days later, an excited call came in from the blood centre. It had found a donor in Helsinki, Finland, who matched and was prepared to donate. In 48 hours we would get the unit. Then Japan called with more good news. They had two donors in Osaka that had agreed to donate. With four donors available to donate every two months, we would be able to get her through chemotherapy. Blood-sparing drugs, such as iron and erythropoietin (a blood hormone), would help reduce the demand for blood donations too. The unit from Helsinki arrived and was compatible; she tolerated the unit and felt a little better. 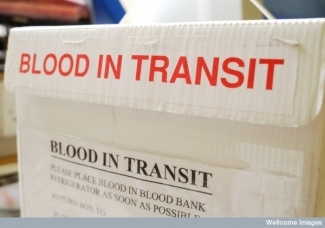 A few days later the two units from Osaka were due to arrive. The donors were scheduled to donate on March 11, 2011 and the units would arrive in Toronto 48 hours later. On the 11th I woke up to the news of the horrible Tōhoku earthquake. I thought it would be impossible for the Japanese Red Cross to help us. They would, of course, be dealing with a massive need for blood and would have far more pressing concerns than our single Canadian patient. I called the patient and she had already come to the same conclusion that the blood was certainly not coming from Japan in the middle of the crisis.

We were wrong. The two Japanese donors still arrived to donate and the Japanese Red Cross managed to get the units to Toronto in 48 hours. I still wonder how many people had to push to make this happen in the face of massive disruption throughout Japan. With those two units, our patient could now safely have chemotherapy. She had a chance to keep going.

I sent the Helsinki donor and the two Osaka donors winter scarves with our Canadian flag and cards thanking them. I have never felt more grateful.

About once a year our hospital requires special blood to be brought in from far away for such a patient and never has the donor refused. Never. The altruistic spirit of blood donors never ceases to amaze me.

Up next: Part 5, titled "All blood is not the same" 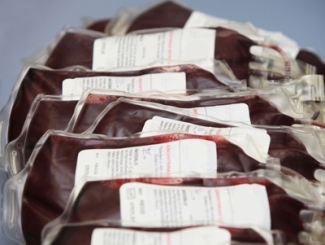 A miraculous gift, ready and waiting