On November 13, KIND representatives sponsored relaxation lounges at Vancouver’s Oak Street donor centre and Toronto’s Yonge and Bloor donor centre. Representatives from KIND Snacks, Canadian Blood Services and recipients were on-site to chat about the importance of donating in honour of the women and men who serve and who have served our country. Across the rest of the country, donor centres celebrated World Kindness Day by giving KIND bars to donors.

Colleen Fitzpatrick, the Royal Canadian Legion’s National Silver Cross Mother for 2016-17, joined representatives from KIND Snacks at Vancouver’s Oak Street donor centre. Colleen spoke to the importance of donating in honour of the women and men who serve and who have served our country. She lost her son, Corporal Darren Fitzpatrick, when he stepped on an improvised explosive device while on patrol in the Zahari district, near Kandahar City on March 6th, 2010. Due to the blood transfusions he received, Darren initially survived his injuries, allowing the family to spend two precious weeks with him. He was flown home to Canada on March 19, 2010 and succumbed to his injuries the following day.

In Toronto, recipient Vinesha Ramasamy joined KIND Snacks representatives to share her story with donors and media. Vinesha is a multiple-time cancer survivor. Her primary diagnosis of high-grade osteosarcoma came when she was 15 years old, and several years later, while in university, she was diagnosed with a very large metastatic recurrence in her lungs with poor prognosis. After chemotherapy, hundreds of blood transfusions, reconstructive surgeries, and experimental chemotherapy, Vinesha was finally in remission at 20 years old. From kidney failures to mobility challenges, she still deals with many long-term, chronic side effects due to the treatments and complications, however she is happy to be alive!

“Our events celebrating World Kindness Day were amazing,” says Peter MacDonald, director of donor relations, Atlantic. “I had the pleasure of attending the Toronto event, which generated great media attention, as did Vancouver, and the vibe in the donor centre that day from our staff, volunteers, donors, and the KIND Healthy Snacks team was so positive. KIND Healthy Snacks are a wonderful partner, I’m already looking forward to our next initiative with them.”

Thanks to the kindness of donors, Vancouver and Toronto exceeded their collections targets, collecting 113% and 114% respectively!

Canadian Blood Services and the kindness of blood donors were featured on The Marilyn Denis Show on this day. Recipient Celia Missos was interviewed about her journey. Celia lead a fast-paced corporate lifestyle, until what should have been a fatal pedestrian-car accident brought her world to a complete halt in 2006. But thanks to the generosity of blood donors she was able to fight her way out of a coma and start the process of healing physically, emotionally and mentally. As a recipient of over 54 units of blood - Celia knows first-hand the important role of blood donors.  Celia sits on the board of directors for the Brain Injury Society of Toronto (BIST) and as a Peer Mentor with BIST Celia is helping other women navigate through the world of living and thriving after brain injury.

Celebrating the kindness of our military partners on Base Gagetown

On November 27, a special mobile event was held at Base Gagetown in honour of those soldiers who serve in the military. To thank the dedicated soldiers donating blood that day, we handed out gift bags which included a mug, a legion bracelet and loads of KIND snacks. Fredericton’s Health Source was also there to treat donors to free massages on site.

Members of the Canadian Armed Forces are some of this country’s most generous blood donors. In 2006, the Department of National Defence became Canadian Blood Services’ first national Partner for Life organization. Since then, they have contributed more than 40,000 blood donations to Canada’s national blood supply.

In 2018, the Department of National Defence brought in over 400 new donors and more than 5,000 donations from Canadian Armed Forces and civilian employees across the country. 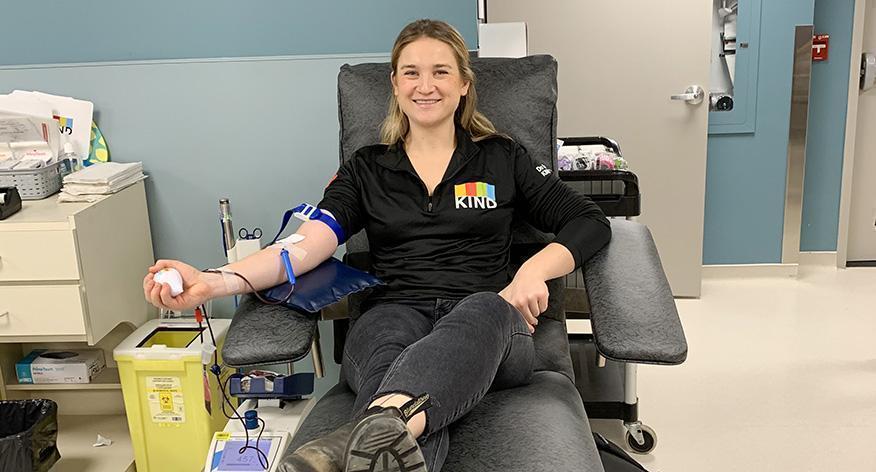 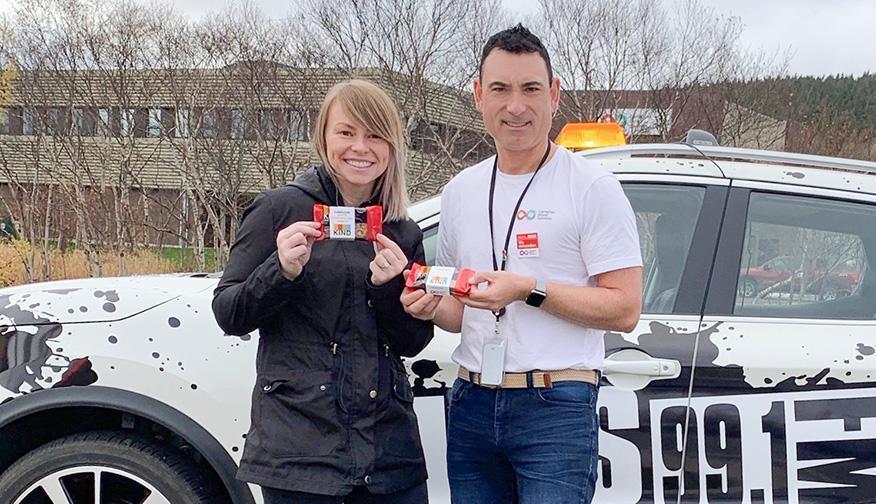 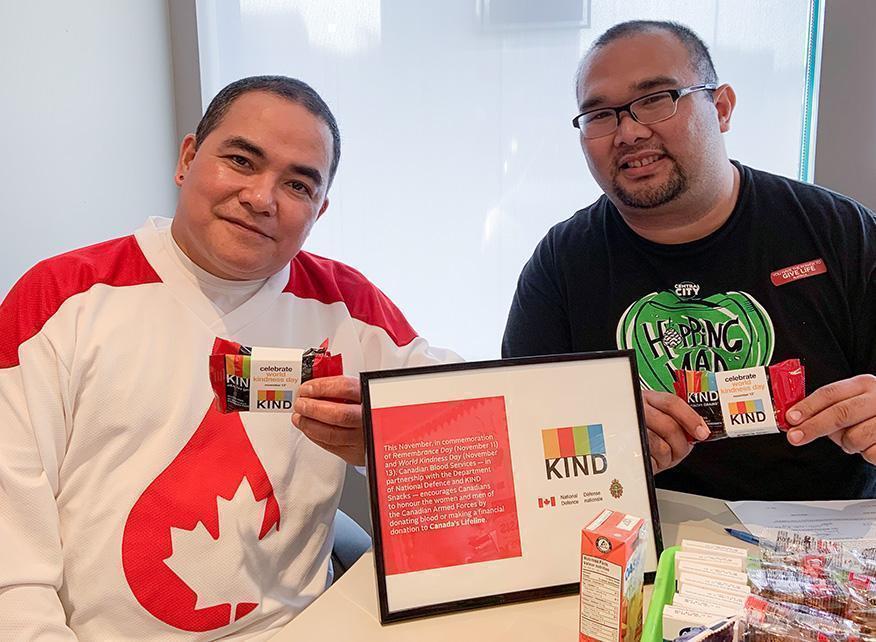