‘The health scare when my son was born changed my view of life.’

During National Blood Donor Week, we celebrate and thank donors for their generosity and commitment. This year, during the COVID-19 pandemic, we need donors to fill every available appointment to meet the rising need. To book an appointment you can download the GiveBlood app, call 1 888 2 DONATE (1-888-236-6283) or book now at blood.ca.

After three uneventful pregnancies, Gurjinder Bhurji never imagined she would need dozens of units of blood and plasma to survive the delivery of her fourth child.

Gurjinder was in surgery for nine hours. She required a full hysterectomy, the removal of her ovaries. She received dozens of units of blood and plasma to help save her life and remained in critical condition for four days in the intensive care unit at Surrey Memorial Hospital in Surrey, B.C.

“Once my son was born, I saw him and kind of just fainted because all of my blood was draining out,” she recalled.

“When they realized how severe it was, they weren’t sure if I was going to make it. They had no idea what was going to happen, but I would not be here today if not for all those people who donated their blood.”

Nearly twenty years later, Gurjinder remains grateful. National Blood Donor Week and World Blood Donor Day in June are an annual reminder of the help she received, and a chance to share her story broadly to inspire others. 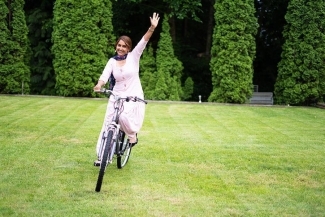 Gurjinder Bhurji enjoys good health and an active lifestyle 20 years after blood donations saved her life. Now she advocates for blood donation to help other patients.

The difficult birth led to a shift in Gurjinder’s perspective and behaviour.

“The health scare when my son was born changed my view of life. It taught me to live one day at a time, manage my health and focus on what is important, like my kids and family,” she said.

After she recovered from surgery Gurjinder was motivated to take better care of herself, get fit and adopt a more positive focus.

She’d always been somewhat active, but after she recovered from surgery she set out to become a runner. She started with walking, moved on to running, and 20 years later remains committed to those activities and more. 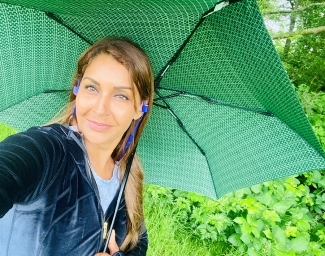 After she recovered from surgery Gurjinder Bhurji was motivated to take better care of herself, get fit and adopt a more positive focus.

Before the pandemic, Gurjinder had planned to stage her first annual “Run Surrey Run” event on June 7, featuring 10-kilometre and 5-kilometre races. As a longtime Surrey resident and successful realtor, she’d hoped to bring local people and businesses together to promote health and fitness while supporting local charities. The event had taken more than two years to organize and she was expecting 2,000 participants to attend.

COVID-19 forced Gurjinder to make the difficult decision to postpone the inaugural event until next year. For now, she’s shifted her attention to celebrating and thanking blood donors for their lifesaving gifts to hospital patients. She has been encouraging those who registered for the race to donate blood instead.

“I’m the kind of person who leads by example and hopes to motivate others to change their lives in a positive way,” said Gurjinder, who grew up in Surrey and also raised her four children there with her husband.

“Health should be a priority to everyone, no matter what age. A healthy body and a healthy mind work side by side. If neither are healthy then neither are happy,” she added. 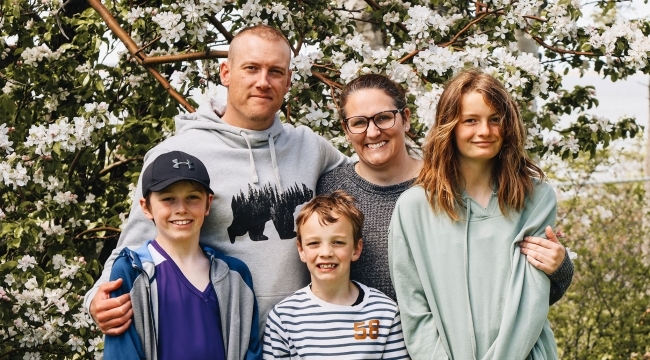 A father advocates for a new hemophilia drug that could help his children. At the same time, we initiate the process for a drug to be included in our formulary. 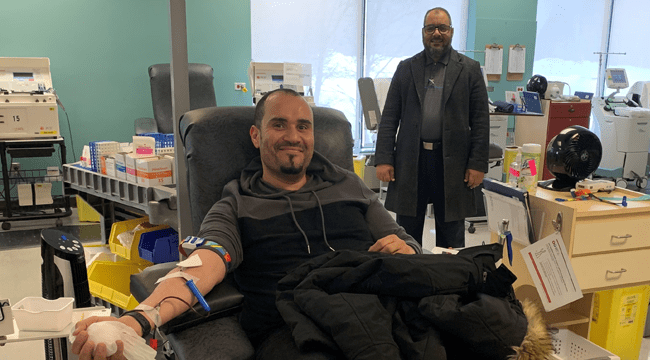 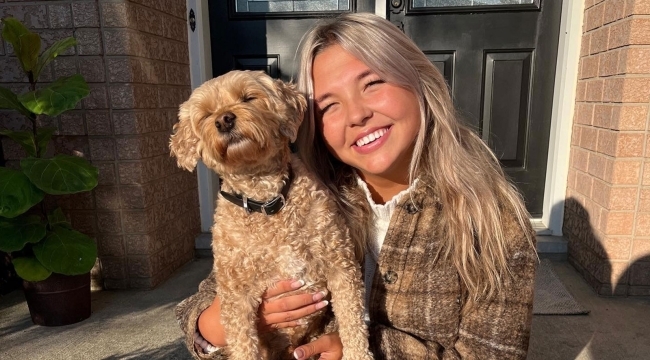