"I usually tell people about how smooth my experience was, how professional Canadian Blood Services is and how well they take care of you during the entire process. And if they’re hesitant because they’re afraid of needles, I tell them that I am too!"

A fear of needles couldn’t stop Samantha from saving a stranger’s life.

In 2017, within just nine days of hearing she was a match for a patient in need, Samantha travelled not once but twice from her home in Vancouver to Calgary for a physical exam and to donate her stem cells for transplant.

Samantha admits she was nervous leading up to the donation process. Because the veins in her arms were not prominent enough to support stem cell donation, a central line would need to be inserted into her neck.

“That was fairly terrifying,” she says. “I have some anxiety around needles, so the thought of one going in my neck was dizzying.”

But the insertion procedure went painlessly. “At some point I asked them when they were going to start because I hadn’t felt anything — and I was so shocked when they said that it was done!”

Three years later, Samantha is encouraging others to follow in her footsteps by joining the Canadian Blood Services Stem Cell Registry and, if given the opportunity, save a life. 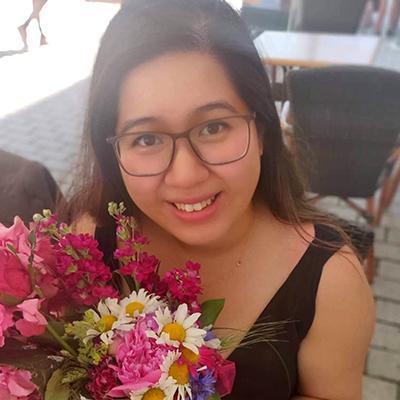