While Ann Radelet is healthy and vibrant today, she credits Canadian Blood Services (as well as many doctors and nurses) for saving her life three miraculous times.

When she was 45 years old, and a mother to young teens, Ann began chemotherapy for non-Hodgkin’s lymphoma. After about three years of treatment, her outlook remained grim. She was told by her physicians that a stem cell match and transplant would be her only hope.

“I was in fighting mode,” says Ann, “I wasn’t really thinking any other way. I’ve got to beat this, I’ve got to see my kids graduate.” After Ann’s brothers were deemed unsuitable, a match was found in Germany.

Thankfully, the transplant was a success and Ann was given a second chance at life. Ten years later, on her 55th birthday, Ann met the woman who had donated her stem cells and saved her life, spending a summer vacation together on Vancouver Island with their families.

Unfortunately, a few years later Ann suffered another grave health challenge. She was having trouble breathing when going up a flight of stairs due to bronchial scarring and needed a double lung transplant. Thankfully an organ donor was found and she underwent a successful double lung transplant in the spring of 2021.

Ann suffered a third scare in the form of dangerously low red blood cell counts, which was caused by her medications. This meant that Ann would rely on donors to save her once more, this time in the form of blood.

She has taken her second and third chances at life and turned them into immense appreciation and eagerness to support in whatever way she can. A frequent public speaker on behalf of Canadian Blood Services, Ann has become an invaluable part of Canada’s Lifeline. 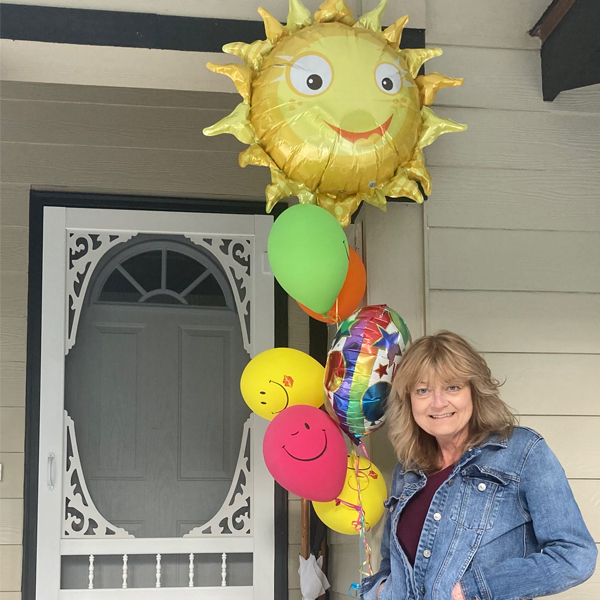