UNB REDS are Red through and through!

Inspired by the Hockey Gives Blood movement, the men’s and women’s hockey teams at the University of New Brunswick were happy to join forces to donate blood. On Feb.17 2021, 14 players from the UNB REDS donated at the Fredericton blood donation event, many of them for the first time. 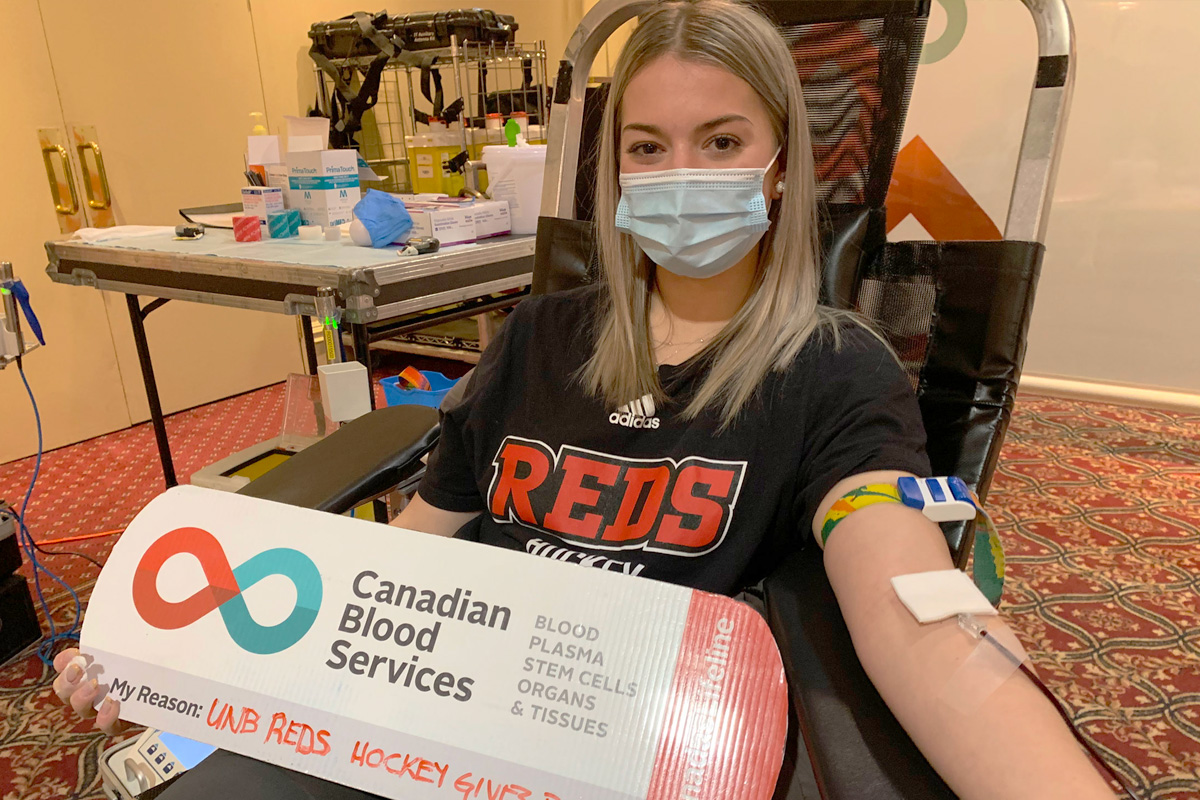 “I think what the men’s and women’s hockey teams have done here tonight is very important.” said Mark Rassell, UNB REDS men’s hockey team. “It’s something that most people can do, and it feels good to contribute.”

According to Andy Campbell, UNB REDS Communications Manager, who coordinated the effort.,“Our REDS hockey teams were eager to participate in Hockey Gives Blood and join the growing number of teams and players from leagues across the country who are donating blood. Our student-athletes are here to learn and compete, but they’re also here to lead and make this community a better place. Blood donations save lives. It is one of the ways our REDS can give back to the community that supports them.” 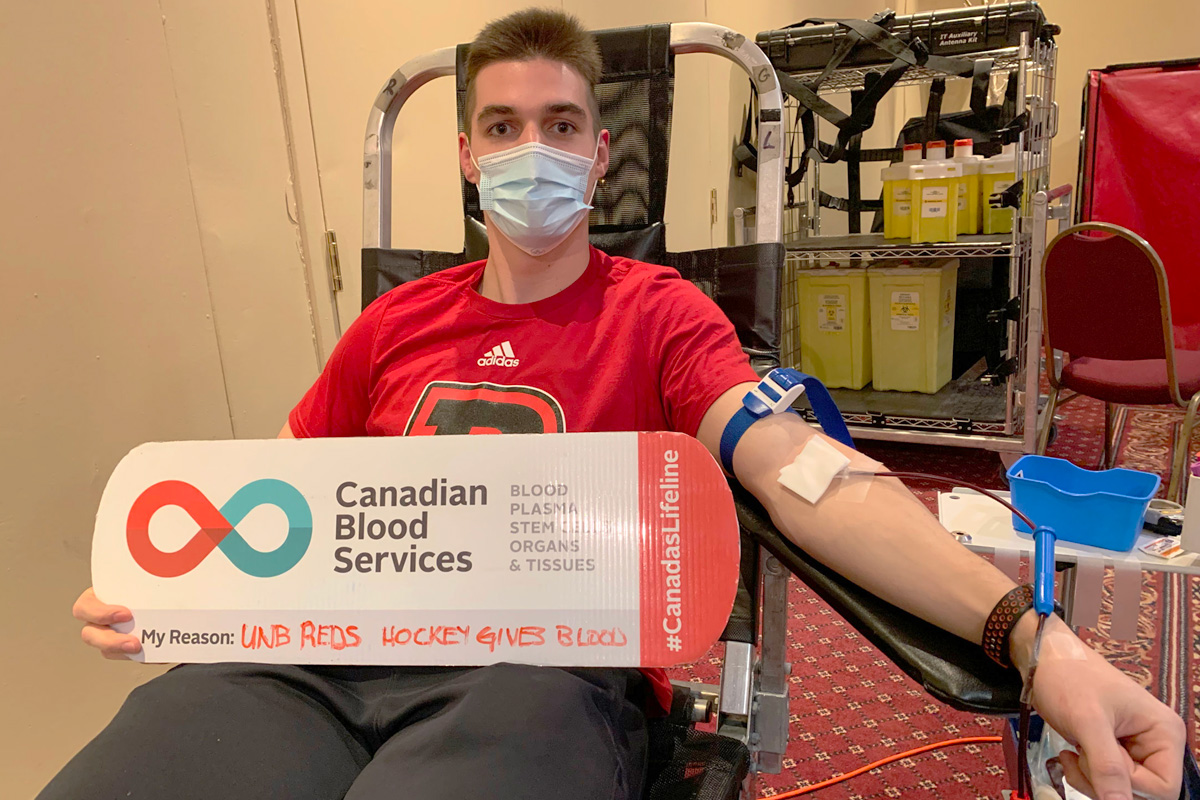 Dr. Wayne Albert, Dean of UNB’s Faculty of Kinesiology, was motivated by their action. Not only did he donate the same day, he organized a group of faculty members to donate later in the Spring.

Thank you to the UNB REDS!