Meet some of our volunteers 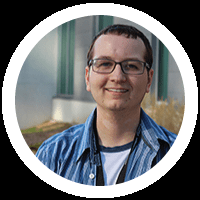 A 20-year-old cancer survivor, Jon has a story that will break your heart and give you hope all at once—and he’s willing to share it with anyone who asks. At age three, Jon was diagnosed with leukemia. He went through three years of chemotherapy, with no success. In that short time, he was given hundreds of blood products to help him endure the effects of the disease. Read more 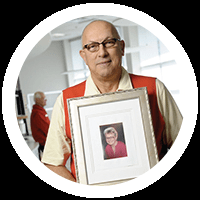 “It was love at first sight,” George Cann says, recalling the day his wife, Carol, walked into his office at the Halifax Regional Municipality in 1993. “People say that doesn’t happen, but it did for me. It did for us.” They married in December of 1995 and stayed happily so until March 7, 2011, when Carol passed away from cancer. Carol Cann worked with Canadian Blood Services since the early 1990s and was Supervisor of Volunteer Resources in the Atlantic Region. Read more 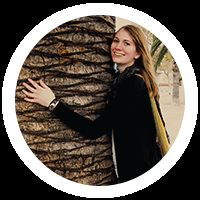 Amelia Stegeman was in high school when she went to her first blood donor clinic. Her school took part in Young Blood for Life, which sees schools challenge each other to donate the most blood. Her school won. The prize? Visiting the Oak Street clinic in Vancouver. There, she spoke with staff and donors and was impressed with the selflessness and kindness of those she met. Read more 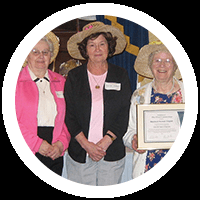 More than 50 years ago, Lily Silverthorn started a group that has become legendary in the small northern Alberta town of Westlock, gathering her fellow nurses to volunteer at blood donor clinics. As nurses, they saw firsthand the need for blood, and saw their involvement in the clinic as a way to educate the public about the importance of the blood system. Read more